The survival of some ministers is inspiring a sense of reshuffling fatigue among many Moroccans, a carryover effect associated with witnessing continuity trumpeted as newness. 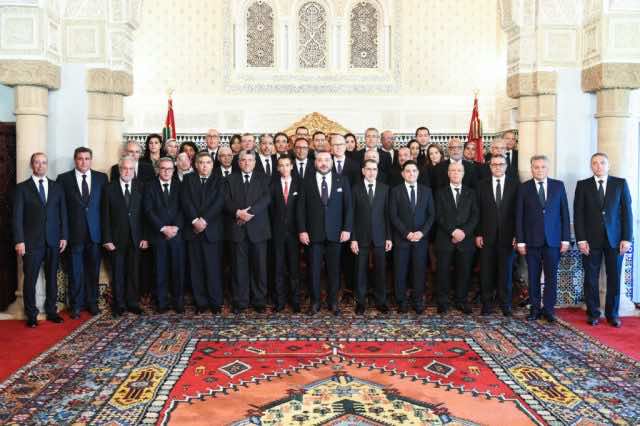 Rabat – Last Wednesday, Morocco’s Head of Government, Saadeddine El Othmani, announced the names of the new ministers entrusted with carrying out the “royal instructions” that have dominated Morocco’s political scene in recent months.

No sooner had El Othmani made the announcement than reporters and analysts, driven bonkers for different reasons, started scrutinizing the head of government’s choice of a team expected to deliver the bulk of the changes King Mohammed had repeatedly announced—or perhaps show some glimpses of the fundamental changes to come.

Overall, some reporters suggested, the much-anticipated move from El Othmani was an earnest assessment of the Moroccan leadership’s desire to weather the socio-economic storms confronting the country. The move’s overriding principle, it has been reported, could be said to be a “nod to concerns over the slowing economy.” On closer inspection, however, was the change made reflective of the changes announced?

Opinions are, as ever, divided on the question.

Between rupture and continuity

While the balance largely swings in favor of critics, who see the new ministerial composition as continuity rather than rupture, as announced in the King’s plea for “injecting new blood,” El Othmani’s list does have some merits.

Notwithstanding the chorus of rebukes which has greeted the announcement of unlikely survivors (Moulay Hafid Elalamy and Aziz Akhannouch, for example), the announcement revealed new faces and unexpected exits.

From the few real changes—reduction of ministerial positions from 39 to 24, suppression of departments deemed redundant, or even the summoning of a few non-partisan technocrats (there were in total six new members)—there appeared to be a slight desire to, as one policy analyst put it, “convey a message of austerity in these troubled times for the economy.”

Whereas the reduction of ministerial portfolios is certainly the most salutary aspect of the reshuffling, there was an overall air of novelty and desire for enacting real change, as evidenced by the impressive, promising profiles of the few new names on El Othmani’s list.

In the appointment of Nadia Fettah Alaoui as Tourism Minister, there was a clear message of a willingness to give the helm of the strategic ministry to a technocrat, HEC Paris graduate, whose mastery of the financial sector was essential in landing Saham Finances, where she recently served as CEO, in the league of Insurance giants in Africa.

Crowned African CEO of the year in Abidjan, Cote d’Ivoire, in 2018, Alaoui, mostly has admirers who believe her ministerial tenure is a breath of fresh air for Morocco’s highly critical tourism sector.
The same thing goes for Driss Ouaouicha, appointed as Delegate Minister for Higher Education and Scientific Research.

As president of Al Akhawayne University in Ifrane, Ouaouicha was instrumental in turning that university into one of Morocco’s most coveted and internationally acclaimed learning institutions. He has obviously been called upon to devise the reforms needed in Morocco’s struggling higher education system.

The new Health Minister, Khalid Ait Taleb comes with similar baggage as an accomplished medical doctor who previously served as the president of the Hassan II Hospital in Fes. Or Nouzha Bouachareb, the environment and territorial development engineer appointed as Minister of Territorial Administration, Urbanization and City Management Policies.

Of the six new faces, only Mohamed Ama Kraz, the 33-year-old lawyer appointed Labor and Professional Insertion Minister; and Hassan Abyaba, the new Minister for Culture, Sports, Youth and also Government Spokesperson, have not elicited the same wildly positive reactions as their technocrat peers.

However, Kraz’s young age is resonant with the King’s insistence on youth inclusion, whereas Abyaba’s successful, decades-long tenure as spokesperson of the Constitutional Union, a liberal conservative party, suggests he will at least be an effective government spokesperson.

For all the measured optimism surrounding the new faces, however, a reshuffling move that was supposed to be the signal of a new era, or the beginning of Morocco’s resolve to boldly march towards its much-hyped “new development model,” has largely been perceived as a disappointment. For critics, the political tsunami that had been announced turned out to be a minor tremor.

In his Throne Day Speech in late July, King Mohammed VI was blunt about what direction he wanted Morocco to move in. As the country grapples with persisting challenges of socio-economic disparities, battles to carve up a new social contract, and strives to maintain the promising dynamics it has witnessed of late in some sectors, the King insisted, there was an urging need to “complete the ongoing reforms” and “correct the shortcomings.”

For Morocco to realize its domestic and regional aspirations, the King maintained, there was a necessity to summon new faces, or, as he put it, “inject new blood” into the country’s governing class. But it is highly doubtful whether El Othmani’s reshuffling satisfies the post-Throne Day Speech euphoria that preceded it.

More broadly, the newly announced, 24-member government, which was supposed to respond to the King’s injunction of “fundamental changes” to propel Morocco above its current development level, has mostly been interpreted as a familiar tale of partial, feigned political reshuffling.

Most ministers kept their positions, sometimes slightly altered in names or prerogatives. Plus ça change, plus c’est la meme chose (the more things change, the more they stay the same), as many Francophone outlets in Morocco have suggested, in a series of reports on the new governmental team.

In a sense, with only six new faces, this was more a semblance of reshuffling than the bold, audacious changes which had been promised. While the government may (rightly) claim the need for continuity when it comes to enacting effective or tangible changes, there is a common complaint that, at heart, the very survival of some ministers calls for caution as to what to expect.

There is, for instance, the case of Agriculture Minister, Aziz Akhannouch.
Not only was his 12-year spell in the same department seen as reason enough to finally replace him, Akhannouch, who had been at the center of fraud and corruption allegations in the past few months, was broadly expected to not feature on El Othmani’s list.

As one report has sharply put it, however, against all odds, Akhannouch appears to “have rooted himself” as Morocco’s irreplaceable Agriculture Minister.

The survival of ministers like Akhannouch, Elalamy (Minister of Industry, Trade, and New Technologies), or Said Amzazi (Education Minister) has ignited doubts over whether the new team will deliver what the King expects of them.

Also concerning for some is the notable absence of women (only four women feature on the list) and youth (the new Labor Minister being the only representative) in a government that was supposed to embrace audacity and novelty, to break away from old habits.

More still, the appointment of a few independent technocrats has not masked the fact that this is a mostly a PJD-dominated government.

As the news comes in the midst of serious debates on individual freedoms —especially patriarchy’s limitations on women’s rights and bodies—there are fears that a government dominated by an Islamist party will devote little attention to societal themes deemed crucial in progressive circles but subversive and un-Moroccan in conservative, Islamist circles. In this, too, the new government trumps the “national coalition” spirit the King had wanted it to evince.

These abiding concerns are inspiring a sense of reshuffling fatigue among many Moroccans, a kind of carryover effect associated with witnessing continuity trumpeted as newness.

Moroccans—especially journalists and policy analysts—had massively succumbed to the heady excitement that came with the “royal instructions” that El Othmani take corrective measures to put the country back on track, to set the stage for implementing the new development model.

But where the King (and surely the Moroccan media) hoped for El Othmani to come with names and a vision that would win back the trust of Moroccans, the majority of whom see government officials as an assemblage of self-serving, disconnected elites, the head of government delivered a fumbled performance.

And so, as seemingly irreplaceable ministers grind their way through the years, Moroccans, at least judging from their hushed whispers and grumblings on social media, seemed to be left in a purgatorial state, unsure of when or whether salvation (the new development model) will really come.

Who is the New Minister of Health Khalid Ait Taleb?