Did you know that climate change is a growing cause for migration and that millions of people are displaced because of it? 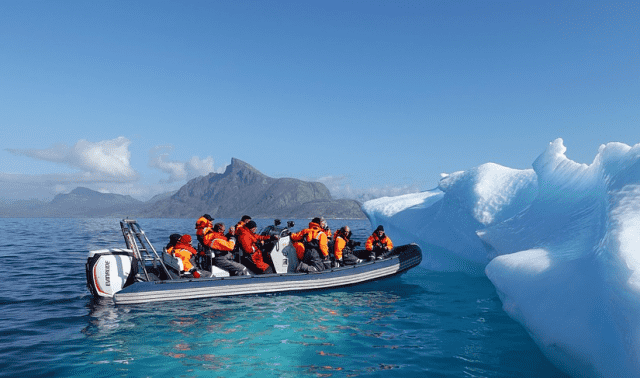 Rabat – As the earth’s climate challenges increase, many communities have started to suffer consequences, forced to leave their lands and homes for a better future.

Climate change requires global collaboration to implement effective solutions to save the earth and the people it is already impacting.

It is an exacerbating factor for some extreme weather worldwide, making floods, droughts, heatwaves, storms, a rise in sea-level, and the extinction of some species more common at an unprecedentedly rapid and growing pace.

In 1990, the Intergovernmental Panel on Climate Change (IPCC) pointed out that “the greatest single impact of climate change might be human migration, with millions of people displaced by shoreline erosion, coastal flooding, and agricultural disruption.”

The mass displacement of people can put a heavy burden on new host territories and requires a migration policy for refugees, including accommodation and integration programs.

In 2016 the US Department of Housing and Urban Development allocated $1 billion to help communities adapt to climate change in 13 states. The grants included the first direct allocation of federal funding to move an entire community.

The International Organization for Migration (IOM) defines environmental migrants as “persons or groups of persons who, predominantly for reasons of sudden or progressive changes in the environment that adversely affect their lives or living conditions, are obliged to leave their habitual homes, or choose to do so, either temporarily or permanently, and who move within their country or abroad.”

Climate change-related migration is sometimes referred to as climigration. The new term defines the mass relocation of people because of extreme weather conditions.

Read Also: The World Must Unite to Adapt to Climate Change

Climate change exacerbates resource shortages which may prompt displacement. In Africa, 64% of the population depends on agriculture to earn their living. Due to the effects of climate change, the challenge of shortage of natural resources, causing agricultural disruption, has led many Africans to migrate into the north or internally, according to a report from the World Economic Forum.

Mass displacement from rural to urban areas pressures governments to provide aid to the struggling agriculture-dependent population. In this sense, resource shortage may also act as a threat multiplier for conflict, making room for the rise of non-state armed groups. Conflict, in return, further drives displacement.

Understandably, climate change and migration are linked. As shifting climate patterns become more severe, the migration flow rises. World leaders seek to address the two issues jointly. If they do not, a new migration crisis may arise and become uncontrollable.

Climate change effects can be reduced in many ways, partially by implementing a resilience policy.

The Intergovernmental Panel on Climate Change (IPCC) defines climate change resilience as the “capacity of social, economic, and environmental systems to cope with a hazardous event or trend or disturbance, responding or reorganizing in ways that maintain their essential function, identity, and structure, while also maintaining the capacity for adaptation, learning, and transformation.”

The United Nations High Commissioner for Refugees (UNHCR) plays a crucial role in raising awareness about climate change’s causal link to migration and urges the world to preserve the rights of refugees including climate refugees.

Currently, there is no legally defined category for climate refugees. The 1951 Refugee Convention does not include environmental factors in criteria for asylum seeking. This means there are no legal protections in place for environmental displacement within this lexicon.

UN Security Council talks earlier this year mentioned climate migrants for the first time ever, though all members did not reach unanimity on the phenomenon.

Addressing the effects of climate crisis, such as increased natural disasters, is possible. The UNHCR, Georgetown University, and other universities have established a partnership to develop relocation guidance to protect people from disasters and environmental change while preserving their human rights.

The UNHCR remains committed to addressing climate refugees’ challenges and finding durable solutions to the adverse climate change impacts. It is also committed to providing technical support to parties in implementing the Paris Agreement, which came into force on November 4, 2016.

The Paris Agreement requires all parties to try to limit increasing global temperatures to under 2 degrees Celsius since pre-industrial times and to and adapt to the effects of climate change.

Climate-related resource shortages are evident in many cases of climate displacement in Morocco.

The Moroccan government has partnered with the International Fund for Agricultural Development (IFAD) to support farming cooperatives in the area. New agricultural techniques are improving production yields and involving more community segments in value creation.

“Before joining this cooperative, I had left the village. I was working in the city. But when the cooperative was being formed, I got a call from my friends, thank Allah. Since 2014 I have been back in my village,” explained Brahim Laaouina, who now works with the Agadir Igoudar cooperative.

Resource management initiatives such as these cooperatives have shown success in curbing or reversing such migration flows.

In the first 7 months of 2019, humanity consumed all of its yearly share of natural resources such as water, soil, and clean air.

“Earth Overshoot Day” fell on July 29 this year—the earliest date ever, according to a report from the Global Footprint Network. The Overshoot Day marks the date when humanity’s level of consumption exceeds the number of natural resources the earth can regenerate.

Morocco impressively almost makes it to the end of the year before having its own overshoot day, estimated to be on December 16. Qatar, in comparison, exhausted all of its share of natural resources by February 11.

Global Footprint Network pointed out that people are currently consuming 1.75 times faster than the earth can regenerate. People are now exploiting the natural resources of the next generations.

It suggested that cutting by in half carbon dioxide (CO2) emissions from burning fossil fuels, which contribute to global warming, the date could move 93 days later in the year.

In Africa, Morocco and Gambia are the only countries currently meeting the CO2 emissions standards set in the Paris Climate Convention. 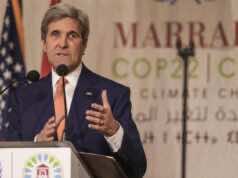