With the much-discussed new development model in mind, King Mohammed VI is calling on private enterprises to support the efforts of the new government. 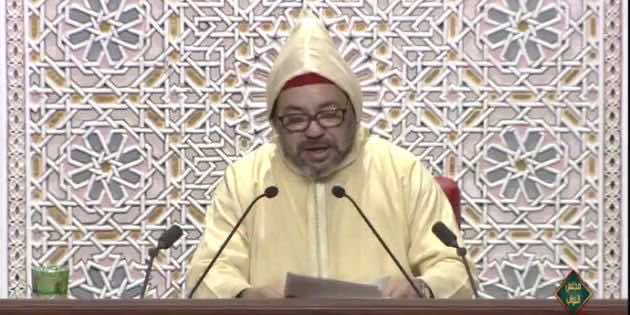 Addressing the parliament on the occasion of the opening of the first session of the “fourth legislative year of the tenth legislature” earlier today, the monarch spoke about “shouldering responsibilities” and “honoring commitments” towards the country and its people.

The King recalled that the purpose of the political elite, the government and elected representatives at the parliament is to “compete to serve the citizens’ interests and the nation’s causes.”

Reforming civil service, upholding political accountability, and preserving national unity at all costs, all unmissable staples in the King’s speeches, prominently featured in the monarch’s address to the parliament.

But, the King reiterated on many occasions in the speech, developing a country, ensuring that the people’s problems are adequately dealt with, and “making resources available” for all, go beyond the limited purview of the government and elected officials. While the political elite does have a duty of serving the country, the involvement of the public sector is just as crucial, according to King Mohammed VI.

In fact, the King argued, the government’s actions can only hit intended targets when buttressed by a healthy, responsible, and country-loving private sector. The King called the private sector’s involvement a “moral contract,” as opposed to the “social contract” between government and the people.

He said: “I am referring, in particular, to the banking and financial sector, which is at the centre of any development endeavor. Implementing projects and decisions, and ensuring follow-up to them, involves more than just the signing of contracts and agreements. It is, above all, a moral contract involving reason as much as conscience. This is a matter of shared responsibility for all concerned stakeholders. Each party is duty-bound to fulfill its obligations and honor its commitments.”

In urging the private sector to play its part in going forward with Morocco’s new development model, King Mohammed particularly highlighted the role of banks as the sources of loans and investment packages.

Without banks availing the necessary resources and funds to accompany government policies, nothing of substance can be achieved.  “I am calling on banks to play a greater social role in promoting development, especially by simplifying and facilitating access to loans, by being more open to self-employment projects and by financing the creation of small and medium sized enterprises.”

As ever, the King acknowledged the remarkable progress Morocco’s banking sector has registered in the past two decades. “The number of citizens who opened a bank account has increased threefold,” he noted.

At the same time, Moroccan banks are leaders in Africa and growing in assertiveness worldwide. Yet, again as ever, the monarch said that while the progress deserves credit, there is still more to do to make Moroccan banks more globally competitive and reliable drivers of growth and development partners.

“Banks are therefore expected to keep up efforts and invest in modern technology and innovative financial services to increase the number of Moroccans who have access to financing and banking services, thereby serving the interests of banks as well as those of the citizens in a balanced and equitable way and contributing to development,” the King said.