Rabat – King Mohammed VI has called on political parties to show a willingness to work together to face the challenges slowing Morocco’s growth.

In a speech at the opening of the legislative year at the parliament on Friday, October 11, the monarch emphasized that this the new parliamentary year “should be placed under the motto of responsibility and hard war, since we are halfway through the current parliamentary term.”

The King called on political parties to use the legislative session “properly” in order to bear the responsibilities that citizens have entrusted them with.

The King instructed the parliamentarians to “compete to serve the citizens’ interests and the nation’s causes”  away from any “pointless disputes, or wasting of time and energy.”

Morocco’s government has witnessed several crises among political parties recently. Most recently, the Progress and Socialism Party (PPS), a member of the government coalition decided to leave the government.

The party cited a lack of solidarity and cohesion and accused some of the parties of opportunism at a time when unity is needed to meet the growing social demands of citizens.

The decision of the PPS comes less than a week from the government reshuffle which took place on Wednesday, October 9.

He said that this phase requires “not just involvement of all, but also greater confidence and cooperation, and more unity, mobilization, and vigilance, free from any pointless disputes, or wasting of time and energy.”

The King said that the government and political parties should start to implement the instructions for the reforms that he has outlined during his recent speeches, especially the speech on Throne Day in July.

In his speech, King Mohammed VI spoke about the challenges that are hindering growth and progress in the country.

The King said that the country has “made a quantum leap in infrastructure development, whether it is highway construction, the high-speed railway, major ports, renewable energy facilities or urban development and revamping.”

However, the monarch stated that he realized that these achievements are not “enough” on their own.

In today’s speech, the King renewed the need to follow a well-structured strategy to tackle the challenges. He called on the government to” lay down well-thought-out plans, involving good preparatory work, careful implementation and continuous monitoring of decisions and projects, be it at the national, regional or local level.”

The King also called on the private sector to collaborate with public institutions to implement reforms.

“It is also the responsibility of the private sector, particularly when it comes to funding – not to mention the important role dedicated civil society organizations should play,” the monarch said.

King Mohammed asked all stakeholders to bear the responsibility and work together to translate to implement reform projects on the ground.

“In this regard, there can be no shirking of responsibility, especially if the principle of public accountability is strictly enforced,” he said. 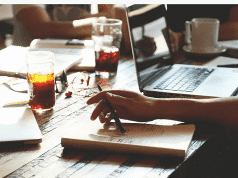 44% of Companies in Morocco Bring Back Entire Staff After Lockdown