Photos received by Morocco World News show the first four cars of the train off the rail, drawing tragic flashbacks to last year’s fatal train accident in Bouknadel near Kenitra.

Rabat  – The National Office of Railways  (ONCF) has announced that traffic on the Marrakech-Casablanca route will be restored on Wednesday at noon.

The statement comes after an ONCF train came off the rails on Tuesday, October 15, at noon, drawing criticism and fear among Moroccans.

Photos show four cars of the AL ATLAS train N ° 610, connecting Marrakech to Casablanca, off the rails. No injuries were reported during the incident.

ONCF said that the work to restore traffic on the Marrakech-Casablanca route lasted all night and will  “continue until 12:00 p.m.”

The ONCF recalled that they have deployed all human resources in an effort to restore the train service. The company said that bus services “have been set up since Tuesday to ensure” that its passengers arrive at their destinations, including Casablanca, El Jadida, Settat, and Marrakech.

The company asked its customers to contact the customer center on 2255 to find out about changes to the train schedule.

“We apologize again for the inconvenience,” the ONCF wrote.

The accident is the third of its kind since 2018, drawing strong criticism from passengers and citizens. The accident drew flashbacks to a tragic incident, which took place in Bouknadel when a train connecting between  Casablanca and Kenitra.

Last year in October, a train derailed killing seven people, while more than 125 people were injured. The accident caused uproar and mourning among Moroccans. ONCF claimed that the accident was due to high speed in a place that drivers should reduce speed. The train driver was sentenced to five months in prison.

A second incident took place in January 2019 when another ONCF train came off the tracks in Casablanca in January. No passengers were on board. 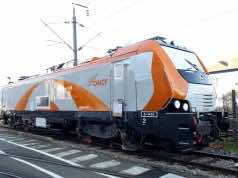 Morocco Suspends All Trains to, from Tangier as Local Cases Surge