The first international contemporary art biennale in Rabat has drawn more than 51,000 visitors to the Moroccan capital since its premiere on September 24.

Rabat – The first biennale in Rabat has welcomed more than 51,000 visitors in less than a month of its opening, according to a statement from the National Museums Foundation (FNM) on October 15.

A biennale is a large-scale contemporary art exhibition. The Rabat biennale is the first of its kind in the Moroccan capital, with the theme “a moment before the world.”

Under the patronage of King Mohammed VI, the Rabat biennale aims to showcase the capital as a “city of light” and the “cultural capital of Morocco,” according to FNM.

The concept of an art biennale (biennale is Italian for every other year) was first conceived in 1895 with the Venice Biennale in Italy. This cultural event established the archetype for future biennales. Art shows of this kind now occur in cities and museums around the world.

Every artist involved in the Rabat biennale is a woman, a decision made by Damani to forge a new history of art.

“Equality of men and women is a chief concern of humanity that we should be engaged with,” Damani said in an interview with artnet News.

“If you want to rewrite the history of art, you need to create new conditions for how you select the artists, because if you use the same protocol that has been done from the 19th century to now, you are going to end up with about 90% of the selected artists being male, and working in English, French, or Spanish.”

The Moroccan sculptor Ikram Kabbaj is one of the biennale’s 63 female artists, who are of 27 different nationalities and various artistic disciplines.

The biennale will conclude with a conference of women writers, novelists, poets, and essayists around a parliament of writers. Nearly 50 literary artists will convene under the aegis of Sanae Ghouati, professor at Ibn Tofail University in Kenitra and the Tunisian novelist Faouzia Zouari.

While Casablanca and Marrakech have each been hosting a biennale for nearly ten years, the Rabat exhibition is the first to arrive in Morocco’s capital.

Read also: Marrakech Biennale, an International Gathering of Performance, Screening and Debate for the Promotion of Contemporary Art and Culture

The first Rabat biennale is one of several projects that have been launched in recent years to break the confines of Rabat’s status as an administrative city.

The Sovereign’s cultural projects include the Museum of Modern and Contemporary Art, which opened in 2014, and restoring several historical sites such as Bab Chellah and the souk Essabat streets in Rabat.

The Museum of History and Civilization, and the National Library have already been completed.

Rabat’s Grand Theater is still under construction and will be a world-class auditorium upon completion.

Further renovations of Rabat’s historic sites are to follow, which will solidify Rabat as a modern capital in a historic city. 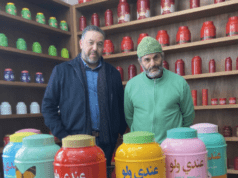 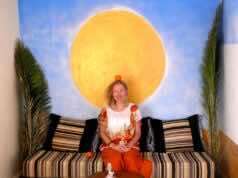