While acknowledging the efficiency of Morocco’s security efforts, the project seeks to improve the country’s record on curbing irregular migration and human trafficking. 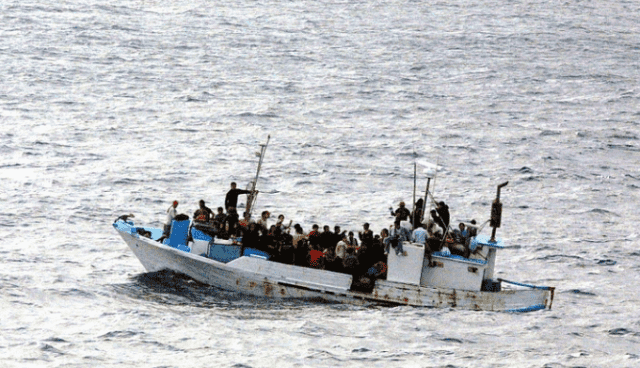 Rabat – The European Union (EU) and the United Nations Regional Office on Drugs and Crime (UNODC) for the Middle East and North Africa launched in Rabat a project to dismantle cross-border criminal networks involved in human trafficking and migrant smuggling in North Africa.

Launched in Rabat on Friday, October 18, the joint EU-UNODC initiative is set to operate with a budget of €5 million.

The project seeks to support Morocco and other North African nations in dismantling irregular migration networks active in the region.

The plan entails capacity building and specialized training for authorities in charge of the detection and interception of smuggling and human trafficking neworks, according to Maghreb Arab Press. The project also seeks to assist security services to have the ability to identify and investigate such cases, while protecting the victims.

The project will span three years, with the primary  aim of developing the skills of law enforcement officials and the methods they employ to catch suspects involved in criminal networks.

Commenting on the launch of the project in Rabat, EU ambassador to Morocco, Claudia Wiedey, said that Morocco has a “legislative framework meant to give it the means to prevent and punish crimes of human trafficking.”

She also acknowledged Morocco’s “important achievements in the areas of strengthening domestic security.”

UNODC representative for the MENA region, Christina Albertin,  emphasized the importance for Morocco to host the first phase of the project.

She also recalled the “long-term partnership linking Morocco to this institution and which has already involved several areas, such as the fight against terrorism, organized crime and money laundering.”

The launch of the project comes just a day after an internal report from the European Commission extolled Morocco’s efforts to fight irregular migration.

The report, cited by El Pais, emphasized that  the reduction of migrants’ arrivals in Spain is due to Morocco’s ongoing efforts to stop would-be migrants from taking sea routes to Spain from its coastline. El Pais said that Morocco managed to cut irregular migration in Spain by half this year.