Morocco has requested the purchase of several military equipment packages, including F-16 from its largest supplier, the US.

Rabat – Lockheed Martin sees a brilliant future for its F-16 jets thanks to high demands for its jets from some countries, including Morocco.

Aviation website Flight Global quoted a statement from the executive vice-president and chief financial  officer at Lockheed Martin  Kenneth Possenriede, who expressed satisfaction with clients from across the world, citing Morocco as an example.

“In our plan, we see countries like Morocco and other countries out in the Far East that in aggregate could grow our backlog by another 60 aircraft,” he said.

He added that Lockheed Martin sees a “great future for F-16.”

Lockheed is a US global aerospace, defense, and security company with worldwide interests.

Flight Global recalled that the US State Department approved in March the possible sale of 25 new  “production F-16 Block 72 aircraft and F-16V upgrades for Morocco.”

Throughout the year, the US State Department announced several requests from Morocco to purchase military equipment worth $250.4 million.

The request also includes Morocco’s demand to sustain its F-16fleet, which will consist of spares, training, and logistics support.

“The continuation of sustainment for their F-16 fleet will strengthen the cooperation with the United States and other regional allies,” the State of Departement said.

The statement emphasized that the potential deal’s main contractor will be Lockheed Martin.

This is not the country’s  first military purchase request. Morocco had made an additional F-16 preservation request to the US in March 2019, seeking to upgrade its existing fleet.

Recently, the Moroccan government has been focusing on upgrading its military equipment. This can be seen through Morocco’s 2020 finance bill, which will account for an increase in the country’s national defense budget 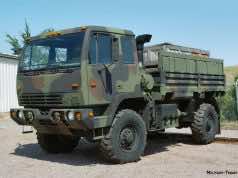 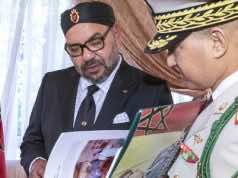