Rabat – EU-funded project ODYSSEA will hold its 3rd general assembly in Tangier, Morocco from October 29-31. The assembly will mark the launch of its first “fully operational sea observatory” in North Africa.

The glider will be stationed at Al Hoceima, said a press release from the European Commission.

in Al Hoceima, said a press release from the European Commission.

The observatory is the second underwater glide from ODYSSEA after the one developed in Greece, according to the press release.

ALSEAMAR developed the “SeaExplorer underwater” glider in partnership with ODYSSEA.

The glider, according to the press release, is a “powerful autonomous sensing platform designed to collect water column data with wide Spatio-temporal coverage.”

Both the Greek project and the new project in Morocco are developed in the context of the ODYSSEA Project.

They are carrying “three sets of cutting-edge sensor payloads, designed to optimize the monitoring capacity of observatories’ networks.”

The project seeks to enable ODYSSEA to provide information and data from the southern Mediterranean.

The project also aims to facilitateODYSSEA in the development of“valuable services for local communities and the Blue Economy sector.”

ODYSSEA will use its glider in Morocco for “documenting and mapping sea mammal populations, sonar ping echo, maritime traffic, health and conditions of marine habitats, and human noise.”

The glider will be also carrying out basing “Environmental Protection Engineering (EPE) studies.”

ODYSSEA’s project partner Association for Integrated Resources Management (AGIR) will host the launch of the project.

AGIR’s  president Houssine Nibani said that his association is “very excited to host this meeting as the first North African observatory is becoming fully operational collecting onsite data from the ODYSSEA Platform.”

He added that the platform will help to “close the gap between the Northern and Southern Mediterranean shore.” 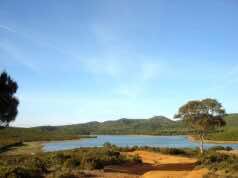