Statistics from the HCP show that there are more job opportunities for women in rural areas than for city dwellers. 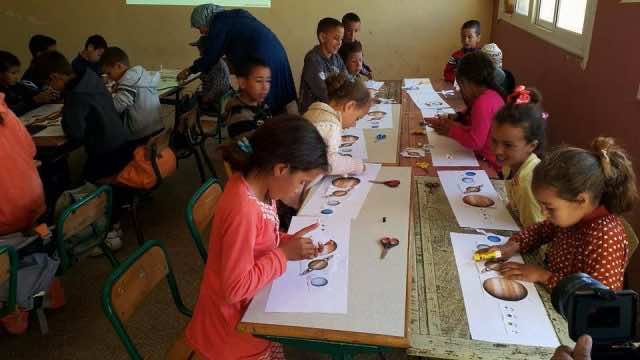 The explanatory note, which HCP released to commemorate the International Day of Rural Women on October 15, provides data and statistics about rural women’s socio-economic situation, as well as the constraints holding back social development in rural regions.

The female population of Morocco’s rural areas is currently estimated at 6.5 million. Women represent almost half of the rural population (49.2%) and have significant human potential, as 59.4% of them are of working-age (15-59 years), while 29.6% are under 15. Only 11% of the demographic is over 60 years old.

Meanwhile, the life expectancy at birth for rural women stands at 75.3 years compared to 79.6 years for urban women and 78.2 years for women on a national average.

The population of women in rural areas of childbearing age (15-49 years) stands at 3.3 million, compared to 6.2 million women in urban areas.

The HCP note also released information on antenatal care and medical treatment. The rate of rural women who received specialized antenatal care is 79.6%, compared to 95.6% of urban women, and 88.5% at the national level.

The statistics showed 73.7% of childbirth in rural areas were in health facilities, compared to 96% in urban areas.

According to the HCP statistics, only 70.3% use contraceptives, against 71.1% of urban women.

The maternal mortality rate in rural areas is more than twice the rate in Morocco’s urban areas, with 111.1 per 100,000 rural women losing their lives in labor compared to 44.6 in urban areas.

While a fundamental right in Moroccan Law, access to education remains more of a concept than a reality for the rural female population.

The rate of pre-school enrollment for rural girls stood at 25.4% in 2019. Meanwhile, 53.9% of their counterparts in urban areas attend pre-school.

According to the HCP note, the gap in the attendance rates stems from a high level of high school and college dropouts in rural areas, especially amongst female students.

Alarmingly, 6.9% of girls in rural areas drop out of primary school.

Although rural women represent an important human capital for the country’s development, they are still vulnerable to many obstacles. These include extremely limited access to education and a very high school dropout rate, HCP pointed out.

At the college level, the school dropout rate of rural girls stood at 16.8%, compared to 4.8% for urban girls and 8% for girls nationwide.

In 2014, HCP pointed out that illiteracy is more common among rural women, with a rate of 60%, against 31% for urban women.

Despite the discrepancies in the living conditions of urban and rural women, in terms of employment, the rural population comes out op top. The employment rate for women in rural areas is higher than that of urban women, estimated at 28.7% and 13.8% respectively.

In general, however, opportunities in rural settings are limited to a few sectors.

Rural women are widely active in agriculture, forestry, and fishing (35.4%), and handicrafts (22%).

Despite the level of job opportunities, the rural women’s unemployment rate scored low 3.1%, compared to 25% for urban women.

HCP explained that the low valuation of women’s activity in rural areas is due to several factors.

The first factor is that the majority of women’s jobs are unskilled.  Agriculture represents 93.6% of rural jobs however, 90% of jobs do not require degree-level qualifications. Meanwhile, women in urban areas work mainly in the “services” sector (70.4%), where most activities require a university or vocational degree.

A second and related factor is that 32% of active rural women in employment have no degree, compared to 9.6% in urban areas, while only 13.6% of rural women report an average level of education.

Lastly, 60.3% of employed rural women are homemakers, and their employment is generally unpaid, as nearly 70.5% of them do not receive any compensation for their work.