The attack comes amid rising concerns over Islamophobia in the European country. 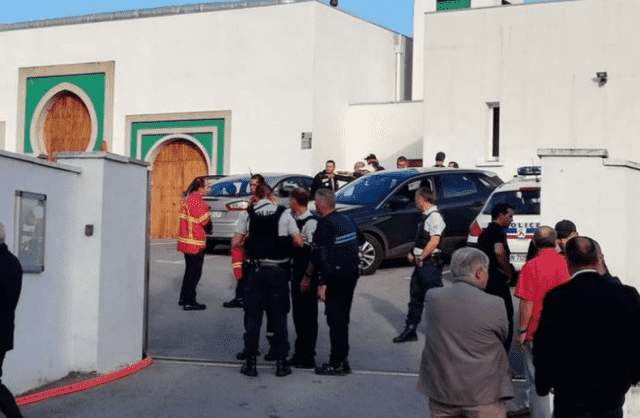 Rabat – French police have arrested a gunman after he opened fire near a mosque in Bayonne, southwest France.

Police arrested the gunman near his home after the incident.

A statement from the Pyrenees Atlantiques prefecture reports the gunman injured at least two people aged 74 and 78. The two victims are seriously wounded. 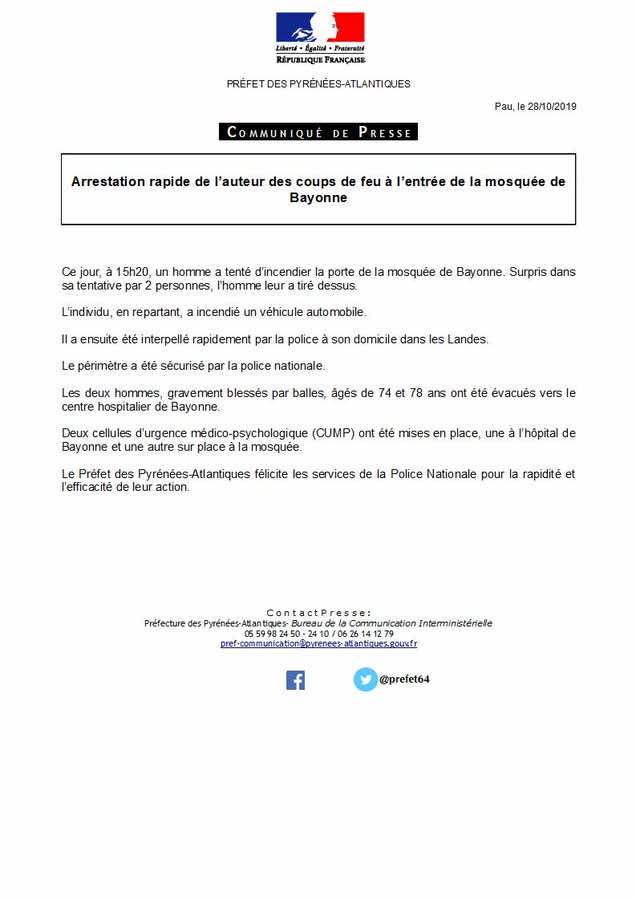 Police reportedly seized a gas cylinder in from the suspect’s car.

The incident took place in front of the mosque at about 2:30 p.m local time on Monday, October 28.

Reports said that the suspect was in his 80s and that the gunman also tried to throw an “incendiary device at the building.”

The attack comes amid rising concerns over Islamophobia in France.  The Hijab or Muslim veil is a hot topic in France after far-right politicians from the National Party openly attacked a Muslim woman in a meeting on October  14 for wearing the hijab.

The issue urged French President Emmanuel Macron to intervene, drawing criticism from both opposition and Muslims.

Macron said on October 24 that the wearing of hijab in public spaces is not his business.

“However, in public services, at school and while educating children, the headscarf issue is my business. That is what secularism is about,” he added.

Muslims represent 8% of the French population estimated at 65.10 million this year.

France is also one of the European countries with the highest levels of Islamophobia.

The Organization against Islamophobia in France (CCIF) has said that Islamophobic attacks increased by 52%  in 2018 compared with 2017.