Despite Morocco’s attempts to put a stop to underage marriage, the issue is still persistent, especially in rural areas.

Rabat  – Mohamed Abdennabaoui, President of the Prosecutor General’s Office spoke about the alarming number of child marriage in Morocco at the opening of a two-day conference on underage marriage on Tuesday, October 29 in Marrakech.

Cited by Moroccan television channel, 2M  the prosecutor said that the number “raises questions about measures taken on these requests by the various judicial services, including public prosecutors offices.”

He recalled that the Public Prosecutor’s Office has issued several circulars, including circular number 20 related to child marriage.

The prosecutor said that the circulars called on judicial institutions to “not hesitate” in rejecting any requests for marriage that does not take into account the interests of the minor or minors involved.

Abdennabaoui added that public prosecution office is conducting a study on the issue of underage marriage. The study will conduct an urgent investigation into the issue with the aim of fighting against it.

The study also aims to address all means that circumvent the law to “legalize child marriage.”

It will also address legal and judicial aspects raised in relation with sexual violence, forced marriage, domestic violence, and other issues linked to child marriage.

Currently, child marriages can be legalized in Morocco if the family gets a waiver for the minor.

A study from organization “Droit & Justice,” said that 30,000 female minors get married each year in Morocco.

The study cited the influence of traditional customs as the main reason behind the increase of child marriage in Morocco. 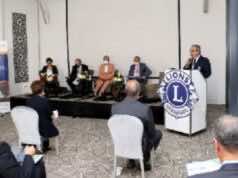