Karima Rhanem called for a reduction in the costs of airline tariffs to allow more inter-regional mobility among African countries.

Rabat – Moroccan activist Karima Rhanem participated in the African Economic Congress to share her experience and knowledge about development in Africa, and to promote Morocco as a model for African economic growth.

The African Economic Congress kicked off on  November 4 in Abuja, Nigeria, and will end on November 6. The event is bringing together African leaders from various fields to share their knowledge and practices that could benefit Africa’s development.

Rhanem is an activist and is currently serving as president of the International Center for Diplomacy. She mostly works on promoting youth rights and advocating for the effective implementation of youth policies.

The Moroccan activist also participated in humanitarian and development work in Africa. One of the initiatives she founded, “Africa My Home,” empowers Africans to participate in their own development and build their own solutions.

During her intervention at the event, Rhanem emphasized the need to support African entrepreneurs “so they can challenge the big markets across the world.” The activist also recalled the importance of keeping African talent on the continent and “taking care of the brain drain in Africa.”

We need all the brains back in Africa, our leaders should fight to retain the youthful population we have in Africa – @karimarhanem #AECongress2019 #Africa #Africafamilymeeting pic.twitter.com/nVsLOangUt

The founder of “Africa My Home” also promoted Morocco as a model for development in Africa. “Morocco understands that the future depends on investments of young people,” she said, talking about King Mohammed VI’s instructions to facilitate investment procedures for the youth.

Finally, Rhanem talked about the importance of cooperation between African countries. She called for a one million signature petition to reduce the costs of airline tariffs and allow more inter-regional mobility among African countries.

During the ACFTA opening panel, I have called for a one million signature petition to reduce the costs of airline tarrifs to allow more inter-regional mobility among African countries

On the sidelines of the event, Rhanem met Nigerian author Gift Chidima Nnamoko who featured the Moroccan activist in her new book “Growing Up in Africa – The Beauty of Unemployment.”

The book tells the stories of various African entrepreneurs and young leaders and how they became successful in their fields. It features Rhanem in the 11th chapter as she is the president of the Moroccan International Centre for Diplomacy, a non-profit organization aiming to prepare future young ambassadors.

The Moroccan activist has more than 18 years of experience in youth and civil society, public policy, strategic communication and advocacy, media and outreach, capacity building, strategic studies and research, citizen and digital diplomacy, and international development.

Rhanem has won more than 22 international and national awards for engagement in civil society and human development. She was also nominated Humanitarian Ambassador for the World Habitat Ambassadors Foundation, an organization aiming to help vulnerable people seek affordable shelter. 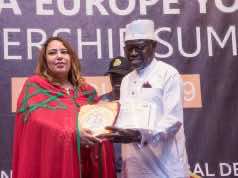 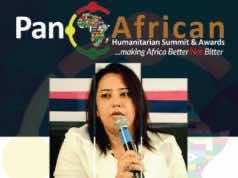 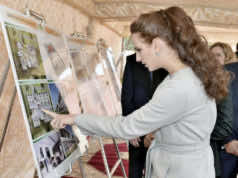 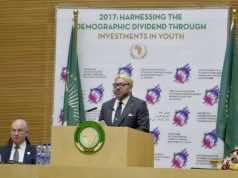