Morocco submitted the Autonomy Plan to the UN in 2007. 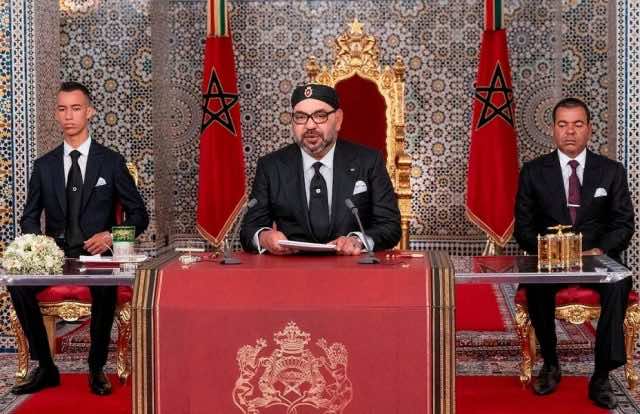 Speaking on  the 44th anniversary of the Green March, one of the most momentous events in Morocco’s journey to full unification the King emphasized that the proposal guarantees “full respect for the Kingdom’s national unity and territorial integrity.”

The Autonomy Plan, submitted to the UN Security Council in 2007, seeks to  grant  all Sahrawis the privileged position of playing a leading role in regional institutions without “discrimination or exclusion.”

The autonomy plan, according to the government, also insists on respecting the cultural identity of the Sahrawi population while also respecting Morocco’s territorial integrity.

Morocco has long argued that the proposal is a compromise-based and mutually beneficial initiative is fully in line with the UN-led process’ vision of a consensual and mutually agreed upon solution.

A growing number of states that do not recognize, or have withdrawn recognition from, the self-proclaimed Sahrawi Arab Democratic Republic (SADR). This, the King recalled, is bolstering Morocco’s position and efforts towards a solution.

King Mohammed added that currently, more than 163 states do not recognize the self-styled state or the Polisario’s false claims to independence.

Morocco’s sovereignty over Western Sahara “is also confirmed by the partnerships and agreements which have been signed by Morocco with the influential powers as well as with many countries and sister nations, and which concern all the Kingdom’s regions, including the Saharan provinces,” affirmed the monarch.

Morocco has signed a number of international agreements that include the Western Sahara, including the EU-Morocco fisheries agreement, as well a post-Brexit association agreement with the UK.

The EU agreement covers the fishing area from parallel 35 to parallel 22, from Cap Spartel in northern Morocco to Cap Blanc in southern Morocco, including the waters off Western Sahara.

King Mohammed stated that Morocco’s position on its economic responsibility to all of the regions within its sovereignty is clear, with each region benefiting from government investments. Morocco’s Development Program (2015-2021) aims to address territorial and social disparities and includes significant investment in Western Sahara.

The region’s Development Program includes 149 projects. Work on 21 of the planned projects is already complete, while a further 75 projects are in progress or in their final phase. Morocco’s head of government Saad Eddine El Othmaani noted the government has planned the launch of 50 projects for the near future, speaking at the regional communication meeting held in Dakhla on July 20, 2019.

The ongoing investment initiative has already seen success with a tangible improvement in living conditions as well as the development of the regions’ economic and tourist sector potential.

The development projects are in line with King Mohammed VI’s vision to enable the local population to benefit from the region’s assets and resources.