Every year, on the 11th day of Rabi’ Al Awwal, the third month of the Islamic calendar, the city of Sale turns into a scene of arts and spectacles, during its “Candle Convoy.”

Rabat – Tomorrow, November 10, Muslims in Morocco and around the world will celebrate Eid Al Mawlid, the birthday of prophet Muhammad. In the city of Sale, however, celebrations start today.

Sale, Rabat’s twin city, is known for its annual “Candle Convoy.” The city holds the celebration the day before Eid Al Mawlid to commemorate the birth of prophet Muhammad. The carnival inaugurates a week full of festivities.

Sale’s “Candle Convoy” is an artistic and religious carnival. Participants in the convoy carry large frames of wood, decorated with colorful candles in various shapes.

The wooden frames can weigh as much as 50 kg and take the forms of domes and minarets, inspired from the Islamic architecture.

The colored candles create Arabic words such as “Allah” (God) or praises to the prophet.

The celebration starts after Al Asr prayer (afternoon) on the 11th day of Rabi’ Al Awwal, the third month of the Islamic calendar. The people carrying the decorated candles start their march from the main market of Sale’s old town.

The march attracts thousands of participants who dance to folk music from musical groups accompanying the crowds. The convoy reaches its destination, the “Square of Martyrs,” after travelling through some of the city’s main avenues.

The origin of the carnival dates back to the 16th century, when the Saadi Dynasty ruled Morocco. Ahmad Al Mansur, also known as Al Mansur Eddahbi (The Golden Mansur), the Sultan of the dynasty between 1578 and 1603, was fascinated by a parade of candles in Istanbul, the Ottoman Empire, before his reign. After he ascended to the throne, he decided to celebrate Eid Al Mawlid in the same way.

The first “Candle Convoy” took place in the year 986 of the Islamic calendar, 1578 CE. At the time, it was a nationwide celebration, observed in all the major cities of the Sultanate. As time went by, the celebration survived in the city of Sale alone, becoming its most famous event.

At the end of the march, at night, participants engage in “The Dance of the Candle.” The candles light up the streets while the attendees start dancing to traditional Andalusian music and Madih songs, songs that praise the prophet.

The celebration ends with a feast, featuring various Moroccan dishes. 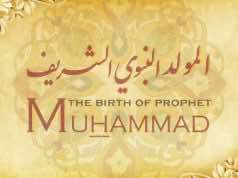 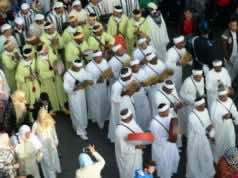