Demonstrators gathered across from the Eiffel Tower, draped in flags, and chanted the national slogan, “God, the nation, the King.”

By
Susanna Spurgeon
-
Susanna is a former editor at Morocco World News.
Nov 11, 2019
Spread the love

The protesters gathered at the Place du Trocadero, a plaza opposite the Eiffel Tower, and waved Moroccan flags.

MAP reported that demonstrators came from as far as Spain, the Netherlands, Belgium, and Germany. They chanted the national slogan, “God, the nation, the King.”

Among the hundreds wearing and waving the flag was Moroccan singer Said Senhaji, Mediapart reported.

On October 26, protesters gathered in Paris to commemorate the third anniversary of the death of Mohcine Fikri. The fishmonger’s death at the hands of authorities ignited the Hirak Rif protests across Morocco’s northern Rif region in 2016 and 2017.

Fikri’s work in the informal sector and his death became a symbol of the Rif region’s economic and social marginalization. Protests rocked the Rif region from late 2016 into 2017, ultimately leading to the arrest of dozens of protest leaders.

A Moroccan court sentenced Hirak activist Nasser Zefzafi to 20 years in prison for his participation in the protests. From his prison cell, Zefzafi called for supporters of the Hirak Rif to commemorate Mohcine Fikri’s death.

At the Paris protest, some people burned a Moroccan flag, raising the ire of the Council of the Moroccan Community Abroad.

Showing “contempt of the emblem and symbols of the kingdom” is illegal in Morocco and punishable by six months to three years in prison. 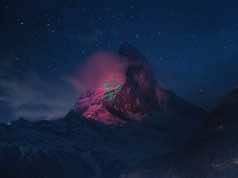