The competition showcased more than 160 inventions from all over the world.

Bekali, from Sale, and Ayache, from Kenitra, won the award for inventing a secure and waterproof rotary electrical socket. The invention had different safety features and consumes less energy than all its marketed counterparts.

The award is not Bekali’s first. In 2016, the Moroccan inventor won an international award in Canada for a different invention.

“This win was very special. When you hold the national flag in international events and you hear claps for Morocco, it gives you goosebumps,” Ayache told the press.

Oulad Madani, from Tangier, said that “being able to have a stand at an international event such as BIXPO is an achievement in itself.”

The bronze medalist earned his award despite his invention getting broken during the journey from Morocco to Korea. Oulad Madani invented an educational robot for children with special needs.

Oulad Madani also received a decoration from the president of the National University of Callao in Peru.

Around 160 inventions participated in “The best invention” competition, with inventors representing numerous countries from all over the world. 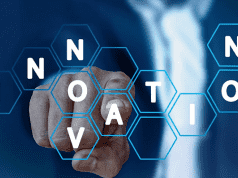