Morocco is ranked 16th out of the 119 participating countries, as of the fourth day of the competitions. 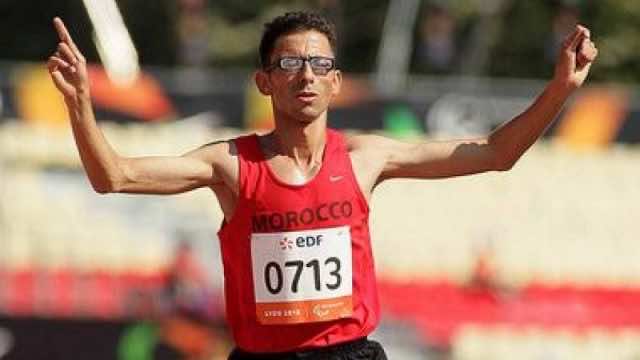 Rabat – The Moroccan para-athletics squad has won three medals, including one gold, in the first three days of the 2019 World Para Athletics Championships. The competition is ongoing in Dubai, UAE, from November 7 until November 15.

Abdeslam Hili won the gold for Morocco in the 400m T12 event, setting a new world record 47.79 seconds in the final race. Mahdi Afri finished second in the same race, with a new personal record of 47.87 seconds.

Nabil Rahhali Omari also competed in the final race of the event. However, he finished in fourth place only a few milliseconds away from being on the podium.

Other Moroccan athletes who competed in the first three days of the championships all achieved good results. Hind Frioua finished fifth in the club throw F32 event, while Fatima Zahra El Idrissi earned fifth place as well in the 400m T13 event.

In the 1500m T13 event, Hicham Hanyn and Youssef Benibrahim finished ninth and tenth in the final race, respectively.

The Moroccan athletes’ results put Morocco in the 16th spot of the medals’ board, out of 119 participating countries. The Moroccan squad has four more days of competition to improve its rank through winning more medals.

The World Para Athletics Championships is a biennial event. More than 1,400 are participating in year’s competitions. This year’s event also serves as a qualifier for the 2020 Summer Paralympics in Tokyo, Japan.