“The big question here is why the company has not reacted to the issue until now, knowing that the issue dates back to August?” said the National Federation of Consumer Rights’ secretary-general.

Rabat – The Moroccan Federation of Consumer Rights warned citizens of the existence of microbes in some bottled water produced in a recently acquired manufacturing unit.

On November 11, the federation said that the water bottles of 0.5 and one liter produced by the brand are not valid for consumption as they contain “dangerous microbes that threaten the lives of citizens, especially children and elderly.” The statement called on citizens to exercise caution.

The federation also called for the parties concerned, including Head of Government Saad Eddine El Othmani, to intervene. 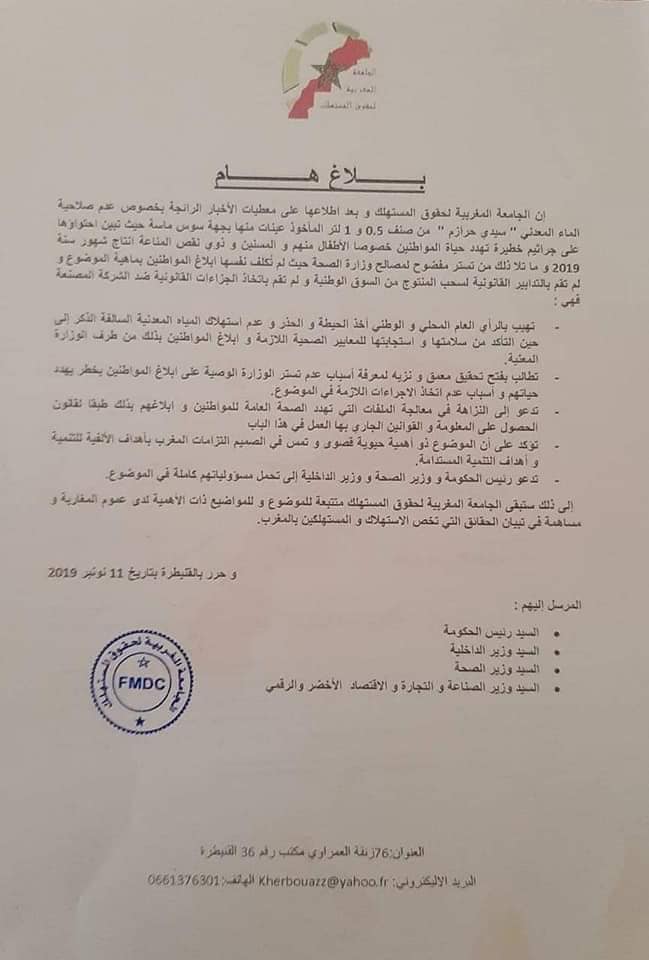 Sidi Harazem has responded to the warning, admitting that it knew about microbes in its bottled mineral water, causing an uproar among citizens and consumer federations. The company claimed that the National Institute of Hygiene reported “non-compliance” on three lots of “identified bottle size 0.5 liter “ manufactured on a new distribution line.”

“Analysis has shown us that [the problem was identified ] exclusively in the Sidi Harazem 0.5 liter bottle,  with three limited lots made since the acquisition of the new line at the end of August 2019,” Sidi Harazem concluded.

In response to the Sidi Harazem statement, secretary-general of the National Federation of Consumer Associations Wadie Madih told Morocco World News that the company is held responsible for its delayed reaction to a serious issue that could endanger the lives of people across the region. 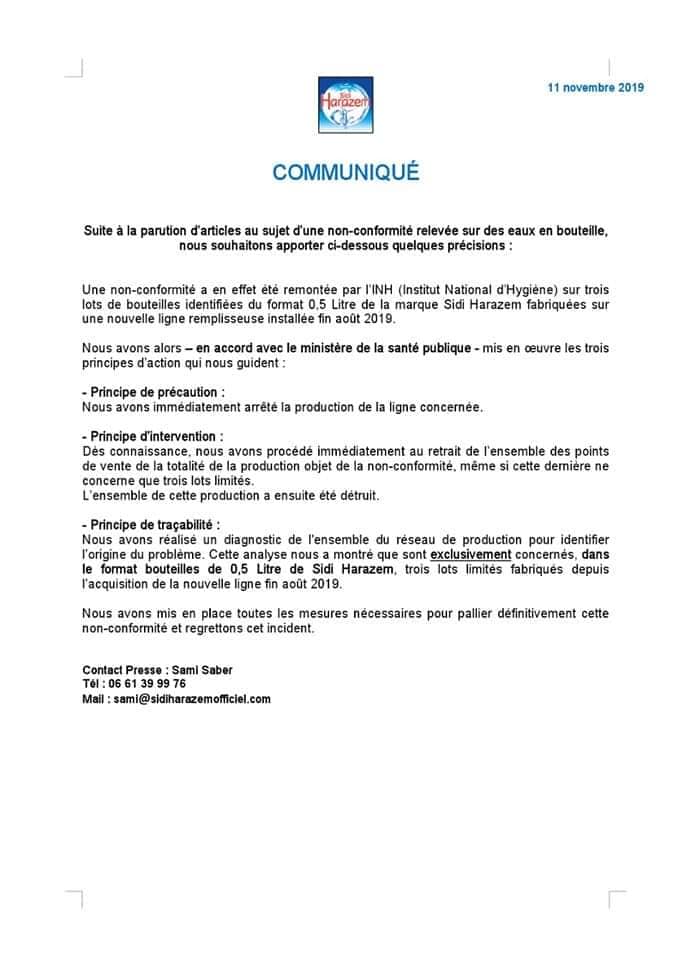 “The big question here is why the company has not reacted to the issue until now, knowing that the issue dates back to August?” he asked.

The secretary-general said that the company’s reaction comes after a nationwide uproar, whereas communication should have been effective beforehand.

Madih told MWN that the issue raised other questions that the public should take into account.

Such issues cause a lack of trust among consumers, he said, emphasizing that citizens are now aware and very careful of what they consume.

“Citizens now are very careful and picky about the products they use and the proof is the recent boycott,” a successful movement against high prices of certain products.

Madih said that the problem with some companies is that they fear the reaction of citizens, and so refuse to communicate and admit problems in their products so as not to lose their clients.

“This is one of the issues that still exist and it is wrong,” he said, adding that communication at the right time can be effective as it ensures trust between the companies and their clients.

The secretary-general of the federation also asked whether the Ministry of Health monitors and approves the validity of certain products before they are distributed in the market.

Sidi Harazm said that it has removed the contaminated bottles from all points of sale.

“All of this production was then destroyed.”