While she was researching the Arab Spring, Egyptian authorities jailed the 41-year-old journalist and threatened her with rape. 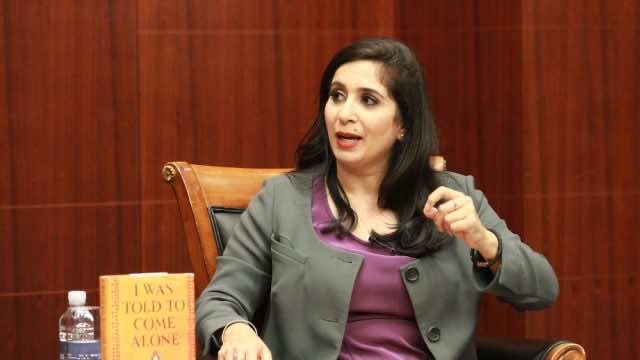 Rabat – The Simon Wiesenthal Center (SWC) has awarded Moroccan-German journalist Souad Mkhennet its International Leadership Award for her leading role in reporting on international issues including extremism, radicalization, and terrorism.

Mkhenent’s career in journalism started in parallel with the 9/11 terror attack when she uncovered and reported conflicts and terrorist attacks in Europe, North Africa, and the Middle East.

Known for her in-depth knowledge of the subject, Mkhennet has interviewed terrorist leaders and jihadists. She was was part of a team of reporters who revealed the true identity of an ISIS militant Jihadi John, reported the Washington Post.

Along with her then-colleague Michael Moss, Mkhennet published the series “Inside the Jihad” where, she interviewed various jihadist leaders, including the head of Al-Qaeda in the Islamic Maghreb. The book was published between 2007 and 2008.

Born in 1978 to a Turkish mother and a Moroccan father, Mkhennet grew up in Germany where she studied journalism at the Henri Nannen School for Journalism in Hamburg and the Johann-Wolfgang Goethe University in Frankfurt. She also spent some of her childhood with her grandparents in Meknes, Morocco.

The German-Moroccan journalist has published two books; the Eternal Nazi From Mauthausen to Cairo, the Relentless Pursuit of SS Doctor Airbert Heim in 2014, and I Was Told to Come Alone in 2017.

For Mkhennet the award is an encouragement to continue her reporting on radicalization and extremism. The awards ceremony will be held at the Museum of Tolerance in Los Angeles on January 14, 2020.

“I consider this distinction as an additional responsibility for furthering and deepening my reporting on those who act hatefully towards other human beings,” she said to the Maghreb Arab Press (MAP).

The 41-year-old prominent and courageous journalist conducted life-risking journalistic fieldwork in Egypt where she uncovered the whereabouts of one of the most wanted Nazi war criminals, Dr. Aribert Heim.

“Ms. Mekhennet was able to do so through her courage and journalistic skills. She smuggled the Nazi doctor’s briefcase out of Egypt at great risk to her life and liberty,” said SWC.

“As a result of her courageous acts, the Wiesenthal Center, in collaboration with the relevant authorities, was able to examine handwritten letters and other documentary evidence to establish that the man living under the name of Tarik Hussein Farid in Cairo, had indeed been Aribert Heim,” SWC added.

The Nazi doctor had been living as a free man in Egypt for decades.

Later on, while reporting on the Arab Spring in Egypt, authorities jailed Mkhennet and threatened her with rape, holding a gun to her head.

During her interrogation, the Egyptian authorities brought up her involvement in solving the Aribert Heim case, an incident that deeply shook Egypt’s public relations.

The hardships Mkhennet faced did not deter her from further covering challenging topics in dangerous locations.