Fatima Mernissi was a celebrated Islamic feminist who published books on Islamic thought, democracy, and history.

The tribute to Mernissi at UNAM will strengthen cultural and academic cooperation between Mexico and Morocco, Lebbar believes.

Mustapha Ouzir, the head of the Spanish Language and Literature Department at Mohammed V University in Rabat, also attended the ceremony. He stated that the goal of the Mexican university’s tribute to Mernissi is to encourage Mexico and Morocco to exchange experiences and collaborate in research.

Ana Buqet Corleto, director of the UNAM Center for Research and Studies on Gender Equality, said that the partnership between the two universities plays an essential role in South-South cooperation.

Mernissi was born in Fez on September 27, 1940. She studied at Rabat’s Mohammed V University, Sorbonne University in Paris, and Brandeis University in Massachusetts.

As an Islamic feminist, Mernissi analyzed women’s roles in Islam. She studied the relationship between Islam and democracy, the historical development of Islamic thought, and the role of gender in public and private spheres.

Mernissi, a sociologist and writer, conducted much of her fieldwork in Morocco. She produced more than a dozen well-known books in the fields of anthropology, sociology, and feminism.

Mernissi’s upbringing in Fez inspired her various works on the harem, an exclusive section of a Muslim household reserved for women.

Mernissi received the Prince of Asturias Award in 2003 for her notable achievements in the field of humanities. The following year, she received the Erasmus Prize for her exceptional contributions to culture, society, and social science.

Mernissi was involved in social and political causes and dedicated her time to promoting the education of rural Moroccan women.

The Moroccan intellectual died on November 30, 2015 at the age of 75. She is immortalized by her literary works on feminism and Islam, such as “Beyond the Veil,” “Dreams of Trespass,” and “Scheherazade Goes West.” 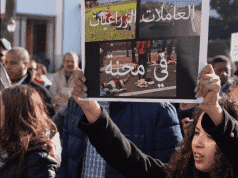