Morocco is planning a shift toward military industrialization in order to develop its own defense industry, maintain the existing military equipment, and potentially reduce arms importation. 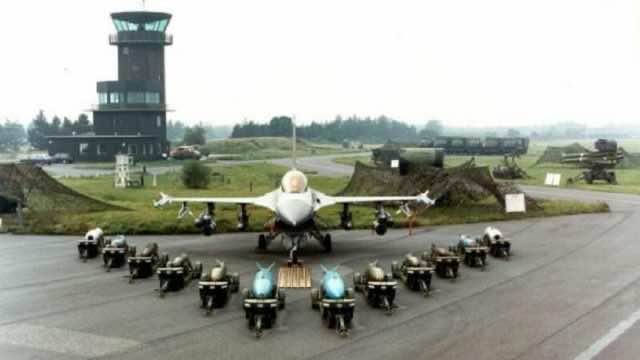 Rabat – The Minister Delegate for the National Defense Abdellatif Loudiyi has stated that Morocco is seeking to develop its own military equipment manufacturing and maintenance capabilities, according to a report by the committee of foreign affairs and national defense.

The report added that Morocco needs its arms suppliers to share their manufacturing technology and know-how in the field of military equipment with the Royal Armed Forces (FAR).

The north African country also aims to start construction on weapons manufacturing plants on its own soil.

Morocco is currently the second biggest arms exporter and 7th military power in Africa behind Algeria’s 2nd position, according to the 2019 military strength ranking. Algeria is the fifth largest exporter of arms in the world spending nearly three times Morocco’s annual defense budget for the military every year, according to the 2018 Trends in World Military Expenditure report.

King Mohammed VI called for Morocco’s transition to military industrialization during his speech for the 63rd anniversary of FAR’s founding.

In the Ministry of Defense statement, Loudiyi added that Morocco needs to collaborate, on a continental and international level, to set up scientific, technological, and engineering research programs.

He added that FAR needs to exchange experiences and skills with international partners to sustain its rapid evolution in the fields of security and defense.

Morocco’s ambition to develop its own defense industry is supported by several international allies, including Brazil.

During the visit of Morocco’s foreign minister to Latin America, Nasser Bourita met with his Brazilian counterpart, Ernesto Araujo, in the country’s capital.

The meeting resulted in Brazil pledging to back Morocco’s shift toward military industrialization.

The framework involves promoting knowledge in military science and technology and assisting Moroccan officers by conducting technology-training under the supervision of experienced Brazilian army officers.

In addition to Brazil, the United Kingdom has also shown commitment to supporting Morocco’s military material manufacturing ambitions. The UK’s engagement entailed investing in a joint venture with Britain’s Chemical Military Product (CMP), a leader in the production of military explosives and related weaponry.

The move is part of Morocco’s five-year plan, established in 2017, to reach “regional supremacy” through modernizing the military equipment of its army, airforce, and navy.

So far, Morocco has devoted $20 billion to the strategic objective. Morocco’s primary arms suppliers include the US with a 53% share, followed by France with 44%, and Italy with 1.4%.