The news comes months after Moroccan police arrested a network involved in the trade of fake Moroccan documents, including passports and national ID cards. 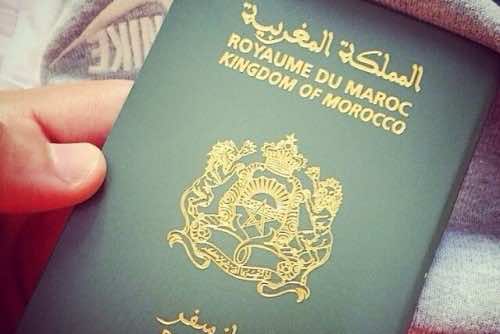 Rabat – The hearing of members of a document falsification network who police arrested earlier this year has provided some details about the business of counterfeit Moroccan documents. The group sold Moroccan IDs and passports for fees varying between $5,000 and $7,000.

The issue of counterfeit Moroccan documents has been a recurring social theme in recent months and years, with the Moroccan police arresting a number of foreign suspects carrying fake Moroccan documents, mostly passports and national ID cards.

In March of this year, Morocco’s National Brigade of Judicial Police (BNPJ) arrested five Israeli nationals for collaborating with a network who forged Moroccan IDs.

A statement from Morocco’s General Directorate of National Security (DGSN) later indicated that two of the five suspects, believed to be the masterminds behind the document falsification network, were veteran members of transnational criminal networks involved in, among other crimes, human trafficking and drug smuggling.

Police placed the five suspects into custody, pending further investigations into the case.

Appearing in court this week, Moroccan Arabic news outlet Al Ahdath Al Maghribia reported, one of the suspects provided further details of the affair. The suspect disclosed that he and some others were promised Moroccan citizenship and fake Moroccan IDs in return for a considerable fee.

He said he met his Moroccan “contact,” Ali M., during a trip (he did not specify where) and the “contact” told him he could sell him authentic Moroccan documents for as much as $7,000. The “contact” then showed him copies of documents he had helped arrange for some of his previous “clients.”

The price of the fake documents was the limit of the hearing’s revelations, however. One of the suspects who was also due to appear in court declined to speak, claiming he did not understand Arabic. Al Ahdath Al Maghribia’s report noted that the court was obliged to postpone the hearing while authorities find a qualified translator.