Commemorating the Apollo 11 Mission, the United States embassy of Rabat joined with the US consulate in Casablanca to create Moonshot Morocco, a festival for would-be space explorers with Moroccan scientist Kamal Oudrhiri a key speaker. 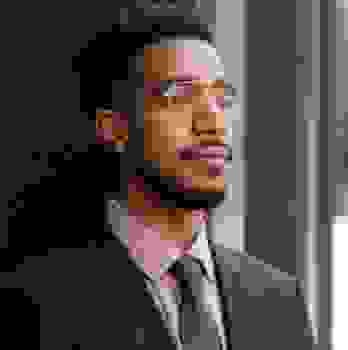 By
Alex C Mitchell
-
Alex is a student from Boston studying international relations in Rabat.
Nov 23, 2019
Spread the love

Fifty years since Neil Armstrong took that giant step of walking on the moon, astrophysicists, engineers, programmers, and other technocrats joined together to inspire young Moroccans to work towards more “giant leaps,” by providing new perspectives on leadership, dedication, and hard work.

The US Embassy hosted a capstone festival, Moonshot Morocco, over the weekend of November 16-18. The embassy welcomed NGOs, government agencies, and professionals to commemorate the 50th anniversary of the moon landing.

The Mohammed VI University of Health Sciences served as a perfect setting for the festival and the eager university and high school students on the guest lists.

The university’s fantastic facilities provided an ideal space for the speeches and workshops that took place over the weekend.

“You have to have a reason to do something… find your why,” stressed Katie Schneider, project manager of the Inter-House team who competed in the first African Solar Decathlon.

Schneider chronicled her love of designing homes on the computer game “Sims,” and how this merged with her engineering and physics studies to inspire her to join Inter-House, an international group led by Moroccan students from Ecole National D’Architecture Marrakech and Universite Cadi Ayyad, in collaboration with American students from Colorado School of Mines.

At the end of her presentation, Schneider explained that the competition was not the end of the line for their project. “We’re going to have a meeting with sponsors in a couple weeks to discuss commercialization.”

The meeting will focus on strategies to make the team’s winning solar home more affordable and utilize more locally sourced materials. Through their development that has the capacity to go off the grid, sustainable living becomes reality rather than aspiration.

“We will see a person on Mars in the next 8-20 years,” said NASA Jet Propulsion Lab manager Kamal Oudrhiri who presented every day of the festival. A Moroccan, he was born and raised in Fez but went on to work for NASA.

Kamal explained to the audience that his original inspiration to pursue a career in science was his older brother, who had a subscription to Science & Vie magazine.

Kamal also cited Amelia Earhart, Edmund Hillary, and Morocco’s Ibn Batuta as figures who inspired him to become an explorer. He explained that everyone at NASA sees themselves as explorers.

Of course, students were eager to ask him questions about his journey to his current position in NASA.

“Learn from your failures… stay on course doing all you can, and you will succeed,” Kamal told the would-be space explorers.

Talking about his work on the Cassini mission to send a satellite to Saturn, Kamal explained that, “sometimes when you recalibrate and change your plans, you’ll discover new things.” When a transmitter separated from the satellite early in the mission and malfunctioned, Cassini was forced to change course and repair the transmitter before returning to its original path.

In order to complete the derailed mission after having lost a valuable propellant, Kamal was forced to recalibrate and find a new solution. Using his knowledge of astrophysics, he convinced the team to harness the gravity of Venus and Jupiter as sling shots to pull Cassini towards Saturn, while saving propellant for its final maneuvers.

With this new plan, the team was not only able to reach Saturn but also analyze Venus and Jupiter along the way.

Oudrhiri also narrated to a rapt audience his experiences leading landing operations for the Curiosity mission, which sent a rover to Mars, and how he designed a sky crane to drop the rover to the Martian surface safely.

He recounted the story of the SOL200 anomaly, when the main computer of the rover experienced a bug and malfunctioned, preventing the backup computer from turning on.

The team was forced to hard reset the rover and search for a weak backup signal. When recalling his team’s loss of confidence in his calculations to find the rover, Kamal reminded the audience,  “Rely on your instincts… Rely on yourself even when others doubt your work.”

With patience, the team was able to relocate the rover through following Kamal’s instructions.

Oudrhiri reminded the audience that “our mindset, how we think in the face of challenge, how we limit or do not limit ourselves in the belief of what we can achieve, guides us as we forge our way in this world.”

“This young generation will be the ones to make the next Glovo, Facebook or even change the world!” exclaimed Oumaima Achour, president of nonprofit Jossour Forum Des Femmes Marocaines. She was one of four female leaders showcased during this event with the goal of inspiring young women to become the change the world needs. The leaders answered questions regarding role models, grit, leadership, and making a difference.

Lisette Titre-Montgomery, video game designer, represented the artistic side of the panel. She currently works at Doublefine coordinating artists and programmers for visual creation. She wants creative young people to know that they can use their artistic skills to interact with technology as “Technology includes everyone, not just coders and programmers.”

“We’re special as human beings because of our brain. It’s a waste not to use your mind,” stated Kawtar Hafidi, division director of physics for the Argonne National Laboratory in the US. She grew up in the old medina of Rabat before earning her PhD in electromagnetic structure from the University of Paris-Sud. Her goal is to “give opportunities for people to do the best science,” regardless of where they were born.

“What is your personal legacy going to be?” asked Maryam Montague, founder and director of project SOAR. She talked to the audience about her humanitarian organization’s goal to uplift underprivileged girls throughout the developing world and promoted her program with a short film. While stressing the limited time people have in their lives, she exclaimed, “Everyone has great ideas, but you need the bravery and courage to act on them.”

Coordinating a festival dedicated to inspiring the youth could pay off in important ways. The students who attended gained access to different organizations willing to provide opportunities in science, technology, engineering, arts, and math (STEAM). They saw the speakers as role models and asked for strategies to achieve similar success.

Festival speakers emphasized the importance of pursuing knowledge and education, and, with maintained support by sponsors, governments and NGOs, Moroccan youth will continue to have access to opportunities for career development.

Although the festival was a capstone event, Moonshot Morocco hosted events throughout the year to further their initiatives of STEAM and spur collaboration between Moroccans and Americans. 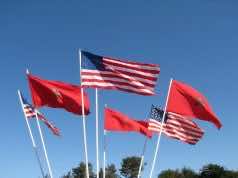 US Embassy in Morocco Upgrades Security Alert for Terror Risk 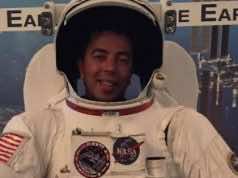