Searches continue to locate crew members who have not been identified among the survivors or remain “unreachable.” 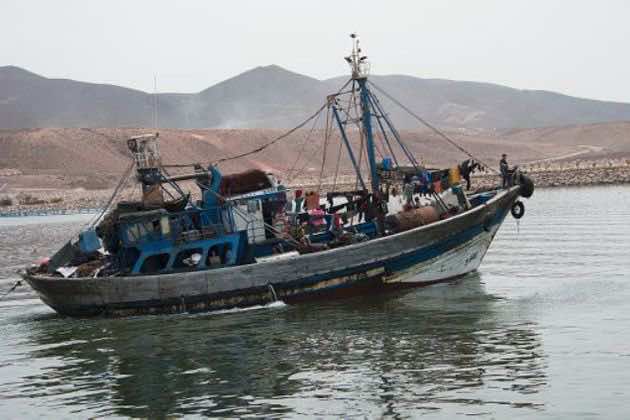 Rabat – Morocco’s ministry for agriculture, maritime fishing, and rural development has reassured citizens that it has mobilized all the necessary rescue personnel after a medium-sized fishing trawler sank off the coast of Tan-Tan in Morocco in southwestern Morocco.

In its statement, the ministry said it was mobilizing “maximum” efforts to retrieve the bodies of the trawler’s crew who are believed to have died in the tragedy.

On the afternoon of November 22, two rescue ships operating near the incident area discovered two bodies, with identification later establishing that the bodies were of two of the 16 people registered to have been onboard the trawler before it left Tan Tan’s fishing port.

The two bodies were then transferred to the Sidi Ifni provincial hospital in southwestern Morocco to “determine” the circumstances that led to their tragic deaths.

Further searches are ongoing thanks to joint efforts from the Royal Gendarmerie and provincial maritime rescue teams, the statement noted.

After identity verification, rescue operations established the presence of 11 of the initial 16-crew members have been reported to have boarded the trawler. Meanwhile, another crew member believed to have survived the tragedy, “remains unreachable,” according to authorities. Searches continue to locate crew members who have not been identified among the survivors or remain “unreachable.”

“For the moment, there are several hypotheses as to the causes of this tragedy,” said the ministry, adding that only at the end of the ongoing investigations will authorities be able to put a finger on what really caused the incident.

In the statement, the ministry presented its “heartfelt condolences” to the families of deceased crew members, promising to do the necessary to shed light on the tragedy. The statement noted that the Trawler left Tan Tan on Thursday evening under favorable weather conditions and did not appear to have emitted distress alert before it sank.