Robert Redford will be the guest of honor at the 18th international film festival in Morocco’s ochre city.

Rabat – The Marrakech International Film Festival (FIFM) is a major annual event in Morocco that aims to reward the best Moroccan and foreign feature and short films. FIFM is one of the biggest events devoted to Moroccan cinema. 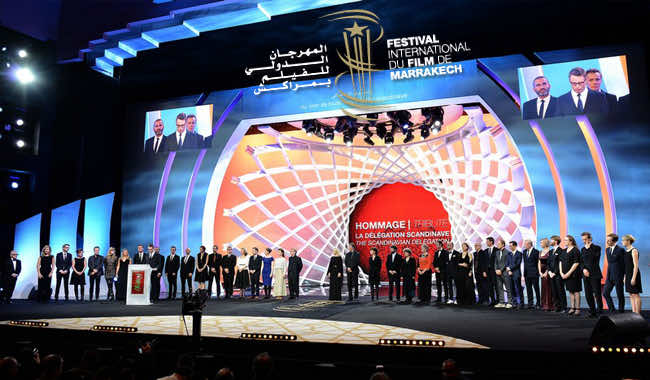 King Mohammed VI established the festival in 2001 to promote arts and the film industry in the North African country. FIFM is chaired by the King’s brother, Prince Moulay Rachid.

The 2019 festival, beginning November 29 and ending December 7, will pay tribute to Australian cinema.

Australia produced the first feature-length fiction film in history and is an extraordinary source of talent for Hollywood, and home to some of the brightest stars of English-language cinema, according to the FIFM organizers.

A distinguished delegation of Australian actors and directors will travel to Marrakech for the tribute. Among the attendees are Naomi Watts, Geoffrey Rush, Ben Mendelsohn, Radha Mitchell, and Jack Thompson.

The jury of the 18th installment of FIFM is composed of nine world-renowned personalities, each representing different cinematographic expressions, eight different countries, and five continents.

The jury awards the festival’s various prizes. The Golden Star 2019 will reward the best film of the competition during the event’s closing ceremony on December 7.

The president of the 2019 jury is Tilda Swinton, an Academy Award-winning Scottish actress known for her roles in both independent arthouse films and blockbusters.

Swinton has appeared in more than 70 feature films. She has also produced and co-produced feature films and documentaries since 2005.

Moroccan director Ali Essafi is also on the jury, along with Afghan director Atiq Rahimi.

Morocco in the FIFM 2019 lineup

The festival will open with a screening of “Knives Out,” an American film by director Rian Johnson.

The official competition will include 14 films, including “The Miracle of the Unknown Saint” by Moroccan director Alaa Eddine Aljem. The other 13 films in competition are:

Annabelle Attanasio’s “Mickey and the Bear”

On top of the films in competition, the festival will also screen an array of films from countries around the world throughout the week.

Abdelkader Lagtaa’s “A Love in Casablanca,” Farida Bourquia’s “Two Women on the Road,” and Saad Chraibi’s “Women… and Women” are some of the Moroccan films that will grace the screen.

As the festival pays tribute to Australian cinema, it will project 25 Australian films. A few of the Australian works in the non-competitive lineup include:

FIFM 2019 will conclude with “Ras el Sana,” an Egyptian film directed by Sakr.

Naomi Watts, Geoffrey Rush, Ben Mendelsohn, Radha Mitchell, and Jack Thompson are only a fraction of the 25-member Australian delegation.

The delegation is also composed of several Australian directors and producers.

The organizers of FIFM announced that the festival’s guest of honor is American actor, director, and producer Robert Redford.

Redford, a central figure in American cinema, began his career on Broadway. He began acting on television in the late 1950s and made his first film debut in 1962 with “War Hunt.”

Redford first earned an Oscar nomination for best actor for his role in “The Scam,” a film that won seven Academy Awards.

Throughout his career, Redford has received the Screen Actors Guild’s Lifetime Achievement Award, an Honorary Oscar, the Kennedy Center Honors, a César d’honneur, and the Légion d’honneur Medal, the highest distinction in France.

In 2016, former US President Barack Obama presented him with a presidential medal of freedom.

Each of the actors’ performances have had “a significant impact on our contemporary national cinema,” the Prince said in an official statement.

“I dearly hope this edition of the Marrakech International Film Festival will bring many moments of happiness,” the Prince’s statement continues.

“May all take this time to strengthen the bonds that unite us in friendship through the seventh art as we redouble our efforts to envision a more peaceful world.”