Rabat – The European Parliament on Thursday, November 28, condemned the grim reality of human rights in Algeria, calling on the North African country to end the criminalization of dissent, arbitrary arrests, and violations of minority rights.

“MEPs are deeply worried about the state of human rights and fundamental freedoms in Algeria,” read a summary of the EU body’s stance on human rights breaches in Algeria. “[MEPs] strongly condemn the arbitrary and unlawful arrest and detainment of, attacks on and intimidations of journalists, trade unionists, lawyers, students, human rights defenders and civil society and all peaceful protesters taking part in the Hirak demonstrations.”

The statement comes as post-Bouteflika Algeria grapples with the widening lack of trust between the political elite and masses of protesting Algerians. When Algerians took to the streets in February in a burst of anti-Bouteflika protests, the general mood among the political establishment was that the departure of the ailing president would ease tensions and satisfy young protesters.

But the anti-Bouteflika movement quickly turned into a demand for a wholesale and radical generational change, with demonstrators demanding the departure of the entire Bouteflika cohort, made up of politicians, military leaders, and technocrats who have led the country for the last two or three decades.

This weekend, many in Algiers took to streets to once again express their discontent with the current leadership. They opposed the upcoming presidential elections (scheduled for December 12), with many arguing that the coming elections are part of the establishment’s ploy to hijack the Hirak demonstrations.

In addition to the political uncertainty and arbitrary arrests that have characterized post-Bouteflika Algeria, MEPs also mentioned the plight of minorities in Algeria, “calling for an end to violations against the freedom of Christians, Ahmadis and other religious minorities to worship.” They also “urged the Algerian authorities to desist from judicial and legislative harassment, criminalization and arbitrary arrest and detentions.” 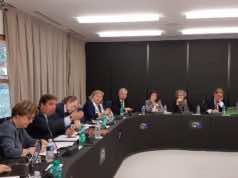 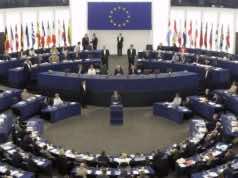