Several people died at the scene, including a pregnant woman, according to witness reports.

Rabat – A bus crash in Taza, a city in northern Morocco 120 kilometers east of Fez, resulted in 17 deaths and 42 injuries on Sunday, December 1.

The crash occurred in Taza’s Bab Marzouka neighborhood, according to local authorities. The bus had been traveling from Berkane in northeast Morocco to Fez.

The bus overturned after hitting a small vehicle. The driver then lost control, and the bus flipped into a ravine.

Several people died at the scene, including a pregnant woman, according to witness reports. Emergency services transported other victims to the Ibnou Baja provincial hospital, where three people died of their injuries.

An investigation is underway to determine the exact circumstances of the accident. 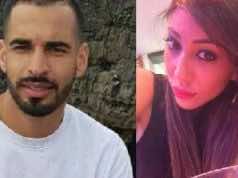