“Moroccan people are stupid and uneducated,” the YouTuber said.

Rabat – Moroccan police have arrested Moroccan YouTuber Mohammed Sekkaki, known as Moul Kaskita, for publishing a video on his channel that contains “insults to Moroccan citizens and public institutions,” according to the attorney general at Settat’s Court of First Instance.

The arrest took place on Saturday, November 30, only one day after the YouTuber posted his video online.

The charges include using degrading terms towards the Moroccan people and their dignity and expressing prejudice against public institutions. Moul Kaskita was also carrying a small quantity of drugs at the time of the arrest, according to the attorney general.

While the video that led to Sekkaki’s arrest disappeared from his channel on Tuesday, December 2, there are many re-uploads on several online channels.

In the 12-minute-long video, Sekkaki speaks to the camera criticizing Morocco, its people, government, and King. The segment that prompted the arrest is one where he calls Moroccan people “stupid,” according to the attorney general.

“Moroccan people are stupid and uneducated. Moroccans only care about buttocks. Moroccans do not know how to vote because they are ignorant,” said the YouTuber. Sekkaki referenced certain YouTube videos about body enhancement trending in Morocco.

The insults targeting Moroccan people came after Sekkaki criticized the government and accused its members of corruption. According to him, Moroccan people are culpable, too, because “they do not vote for qualified people to represent them.”

While the YouTuber tackles issues that are already in the public eye, his language is considered derogatory.

In other segments of the video, the YouTuber also criticized the King and his speeches, qualifying them as useless. He even parodied one of the King’s speeches, saying that the King does not even know what he is reading, as other people prepare the speeches for him.

At the end of the video, Sekkaki predicts his arrest, stating that he is “not scared, because [he] is only telling facts.”

This is not the first time that police have arrested Sekkaki. In January 2017, the YouTuber faced charges of scamming and “sextortion” and spent several months in prison. A few weeks after getting out of prison, in October 2018, police arrested the YouTuber again for charges including organizing an unauthorized demonstration, incitement to commit a misdemeanor, and insulting officials on duty.

The “Moul Kaskita” channel counts more than 330,000 subscribers and has more than 64 million video views. It started in 2012 as a channel for comedy, satire, and entertainment. However, in recent months, the videos posted became podcasts addressing issues of public interest in Morocco and other viral topics.

While social media is increasingly used across the world to address socio-economic issues and suggest solutions, many Moroccan “influencers” have, according to authorities, taken freedom of speech too far and offended others.

On November 25, the Court of First Instance in Sale sentenced Moroccan rapper Mohamed Mounir, known as Gnawi, to one year in prison. The rapper insulted Moroccan security services in a social media video one month prior to his conviction. 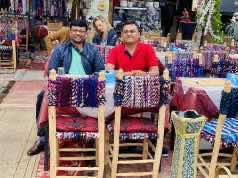 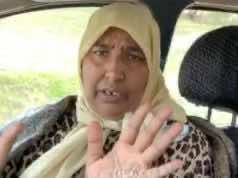 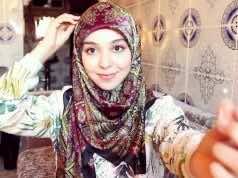