The newly opened Murcia airport in southeast Spain does not have any African flights, but that could change with a direct flight to Morocco.

By
Susanna Spurgeon
-
Susanna is a former editor at Morocco World News.
Dec 2, 2019
Spread the love

Rabat – The southeastern Spanish region of Murcia may get a direct flight to Morocco if government officials are successful in convincing an airline to take up the route. The Moroccan consul-general in the region, Abdelaziz Jatim, announced that one airline “is very interested,” reported local news outlet La Opinion de Murcia.

Jatim met the Spanish government delegate for the Murcia region, Francisco Jimenez, last week and thanked him for his efforts to open up a flight to Morocco.

Nearly 100,000 Moroccans live in Murcia, Jimenez said. The significant Moroccan population could be primary customers of the new flight.

Jatim said he met with officials at the Murcia Region International Airport to discuss “many possibilities” of direct routes to Morocco. The consul hinted that one company in particular was interested, saying the airline had studied the flight’s feasibility.

The region’s airport, also called Corvera Airport, only opened in January 2019. All of the seven airlines using the airport are low-cost carriers, including Ryanair and TUI.

Currently, the airport has flights to 20 European cities, mostly in the UK and Norway, but none to Africa.

Any flight from Murcia’s Corvera airport to Morocco would have to compete for customers from existing direct flights connecting other southeastern Spanish cities to Morocco. Royal Air Maroc has direct flights from Malaga and Valencia to Casablanca, 250 and 400 kilometers away from the Murcia airport, respectively.

Read also: Ryanair to Launch New Flights From Malaga to Agadir and Fez 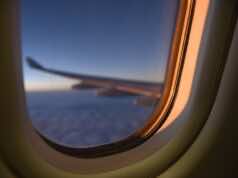