The court handed four-month-sentences to two policemen, five years to the main defendant, and three years to his accomplice. Rabat – The Court of First Instance in Ain Sebaa, Casablanca, has sentenced a man caught on video acting as a mediator to bribe a judge to five years in prison.

The defendant appeared in the video negotiating an agreement with a woman to reduce her mother’s sentence. The video went viral on social media and provoked anger among the Moroccan public.

He asked the woman in the video footage for MAD 35,000 ($3,643) in exchange for arranging a sentence reduction for her mother from eight months to two through negotiations with the judge.

The video shows the main defendant talking to the judge on the phone to confirm the agreement.

The case also took down two policemen working in the court who both received a four-month-sentence. The court also sentenced the main defendant’s accomplice to three years in prison, reported Arabophone news outlet Hespress on Tuesday, December 3, without explaining the charges against the accomplice. 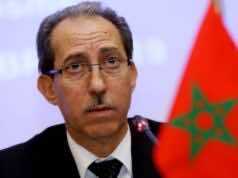 Who is Moulay El Hassan Daki King’s Attorney General at the Court of Cassation?