Rabat – Morocco’s House of Advisors (the upper house of the Moroccan parliament) has approved the government’s 2020 Appropriation Bill amid consistent royal directives to reduce the country’s persisting socio-economic disparities and improve national performance in education and research.

The text, approved on December 6 by a majority of 37 voices for and 24 against, aims to improve the country’s economic climate while pushing for the reduction of socio-economic disparities, as well as investments in inclusive and qualitative education and research.

In remarks after the parliamentary session, Mohamed Benchaaboun, Morocco’s Minister of Economy and Finance, expressed satisfaction with the bill. He highlighted the government’s efforts to effectively implement most of the latest royal instructions with regards to inclusive social programs and education, as well as a vibrant and open business sector.

Benchaaboun praised the House of Councilors for the “positive climate” of the parliamentary debates around the bill.

He said he was particularly satisfied that the house approved many of the amendments introduced by the government. Out of a total of 205 amendments submitted, he explained, 100 were withdrawn and 44 were accepted, a success rate of 43%.

Following approval by the House of Councilors, however, the bill “will be submitted to the House of Representatives (lower house) to complete the adoption procedure,” MAP noted.

Inclusive education, youth entrepreneurship and employment, as well as the reduction of Morocco’s decades-long, widening social disparities have been of particular for King Mohammed VI, with the Moroccan monarch insisting in all his latest speeches on the need to “complete the ongoing reforms” and “correct the shortcomings.”

“Over the years, we have not always done as we wished. But today we are determined to stay on course, capitalize on our achievements, complete the ongoing dynamics of reforms, and address the shortcomings,” the King promised in this year’s Throne Day speech. 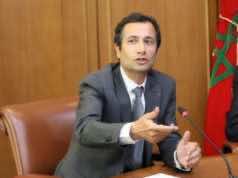 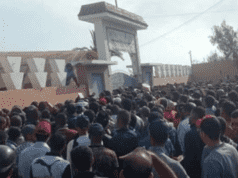