Channel 12, an Israeli TV outlet, reported on December 6 that Netanyahu, who is understood to be very keen on achieving a historic diplomatic breakthrough with “moderate Arab countries,” including Morocco, reportedly used his December 4 meeting in Lisbon with Mike Pompeo to offer to join the US diplomat on his half-day visit to Rabat on December 5.

The Moroccan monarch, however, “vetoed the idea,” Channel 12 reported according to the Times of Israel who cited Moroccan diplomatic sources.

The report provides no further details, but it is understood that the inclusion of Israel normalization talks, as well as the Moroccan King’s refusal to host Netanyahu or even discuss Israel may have had something to do with some last-minute changes in Pompeo’s agenda that cut short his visit to Morocco.

The first change hit when Pompeo, who was expected for a two-day visit in Rabat, from December 4-6, shortened his visit to the afternoon of December 6. Even more significant is the fact that a day before coming to Morocco, Pompeo flew to Lisbon where he met Netanyahu.

Reports later came out that Pompeo and Netanyahu discussed normalization between Morocco and Israel, with Channel 12 again indicating that the Israeli PM was hoping for “a real diplomatic achievement” with Rabat in “the next few days.”

More notable still, there was a sudden change in Pompeo’s official schedule while in Rabat. The US secretary of state was due to meet with King Mohammed VI in the afternoon and then join him for a royal dinner in the evening. But Pompeo only met with Head of Government Saad Eddine El Othmani, FM Nasser Bourita, and DGSN chief Abdellatif Hammouchi. Pompeo left Rabat before the initially scheduled dinner and meeting with King Mohammed.

But senior US officials are casting doubts on such reports, saying that Rabat-Tel Aviv normalization was never part of Pompeo’s Moroccan agenda. It wasn’t a topic of discussion,” a State Department official said in a press briefing after the visit. The official went to describe the news as “just another Israeli leak to the press of their own issue.”

Meanwhile, sources in Netanyahu’s close circle have dismissed reports of the Israeli PM asking to join Pompeo in the Morocco visit. They have called the story “lies.”

According to official statements from the Department of State, Pompeo’s talks with his Moroccan hosts were mainly about regional security (especially Iran and the growing fragility in the Sahel), cooperation on counter-terrorism, as well as driving up US-Morocco bilateral trade and investments.

“The US has a great friend in Morocco,” Pompeo tweeted after his meeting with Head of Government El Othmani. “We look forward to improving our trade and finance cooperation as well as strengthening our development partnership to support Morocco’s effort to grow its economy.” 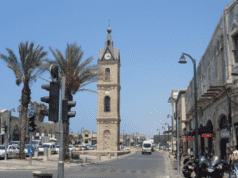