The province of Taourirt, in the eastern Rif Mountains, is one of many areas in Morocco that face harsh winters. 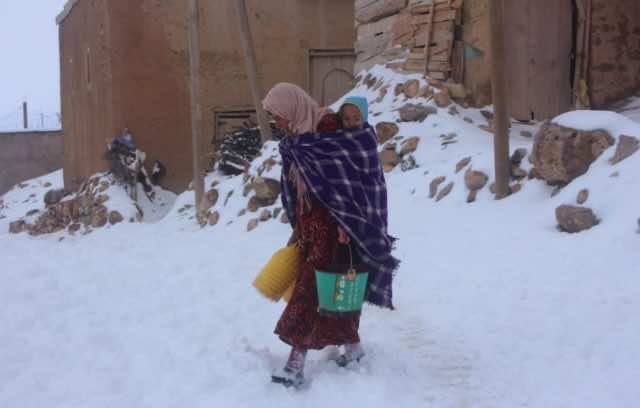 Rabat – Morocco’s national plan to combat the upcoming cold wave is in full swing. In the province of Taourirt, in the eastern Rif Mountains, local leaders held a meeting to evaluate and monitor the measures that will be taken to deal with the cold wave and snowfall.

Governor Larbi Touijer chaired the meeting on Friday, December 6. Attendees first evaluated the provincial action plan to mitigate the negative effects of the cold snap on the local population, particularly in rural and remote areas.

While addressing the meeting, Touijer said that provincial authorities have developed a plan of action to identify the most at-risk areas.

In about 13 villages, the top priority is to build shelters for homeless people and to monitor road conditions. These rural villages have an elevation of 1500 meters and include Sidi Lahcen, Tanchorfi, Sidi Ali Belkacem, Laatef, and Ouled Mohamed.

The villages concerned are home to 6,151 people. The Regional Directorate of Water and Forests has distributed 6,000 kilograms of firewood and more than 7,000 kilograms of charcoal to heat 143 local classrooms.

The province is set to mobilize five heliports when necessary, such as in the case of medical emergencies. The province is also prepared to use human resources and snow removal equipment to keep roads and trails accessible. Basic needs such as food, blankets, and shelter are to be identified and met, according to Hespress.

Additionally, the meeting discussed guaranteeing health coverage to the inhabitants of high-risk areas.

All logistical equipment and human resources must be mobilized, the governor stated, in order for protective services to be effective.

Morocco’s Ministry of Interior established a national plan for the fight against cold waves in 2007. The 2019-2020 plan will cover more than 736,000 Moroccans living in 1,753 remote villages, dispersed over 27 different provinces.

The plan includes supplying the target villages with commodities, heating, and livestock feed, as well as linking them to telecommunication systems.

Also included in the vision is the deployment of medical units of Morocco’s Royal Armed Forces in the towns of Azilal and Midelt, a mobile hospital in the town of Imilchil (central Morocco), as well as medical caravans and field visits to all the target villages.

Despite the mobilization of a national plan, individual provinces such as Taourirt are taking extra measures to ensure the safety of their residents.