Rabat – The UN mission in Western Sahara has cast doubt on Algeria’s denial of insecurity and terrorist threats in the Tindouf camps, with a MINURSO official confirming reception of security warnings from Algiers.

Speaking to Spanish outlet EFE on Wednesday, November 11, a spokesperson for MINURSO, the UN peacekeeping mission in Western Sahara, confirmed the reports about insecurity and terrorist threats in the Polisario-run camps in Tindouf.

The MINURSO official said that the UN mission received security warnings from Spain and Algiers, with notes from both countries stressing the “imminence” of kidnapping operations and terrorist strikes in the form of  car bomb attacks.

According to the MINURSO source, the UN mission in Western Sahara was told to “take precautionary measures” and be vigilant in the coming weeks and months, amid rising insecurity in the Sahel corridor and in neighboring Mali and Niger.

The news comes days after Algiers strongly denied claims that it had issued any such security warnings, calling the reports “false and unfounded.”

“The Algerian government has sent MINURSO “information regarding preparations to kidnap foreign nationals in the refugee camps and in areas east of the [Morocco’s defense] wall,” reported TSA, an Algerian outlet known for being privy to the secrets of the country’s political and military establishments.

Algeria, however, strongly denied the reports just hours after TAS’s report, saying that the “unfounded” claims originated from “foreign outlets” hostile to Algeria and only intended to “harm Algeria, its people, and its institutions.”

The denial from Algiers was mostly perceived as a move to discourage a pro-Morocco reading of the reported insecurity and terrorism threats in the Polisario-run Tindouf camps.

Rabat has repeatedly pointed to the fragility in the Polisario-run territory as one of the many proofs why a Polisario-run republique would be an invitation to chaos and instability in the Sahel-Saharan corridor. For Algeria to confirm the rise of insecurity would somehow amount to supporting one of Morocco’s sticking points in the Western Sahara question.

When Spain warned its citizens against traveling to the Tindouf camps, citing “heightened insecurity” in the region, the Polisario Front lambasted Madrid for colliding with Rabat to “create ambiguity and confusion, and even paint a fabricated picture of fear and imminent danger in the Sahrawi refugee camps.”

But with this reported confirmation from MINURSO that the UN mission had indeed received warnings from Algiers, it is to be seen what will emerge of the story of insecurity and terrorism in Tindouf.

Meanwhile, the recent election of Abdelmajid Tebboune, a veteran of the Bouteflika era who is known for his notably hawkish take  on the Morocco-Algeria relations, may have decisively put to rest hopes of Rabat-Algiers rapprochement for at least the next five years. 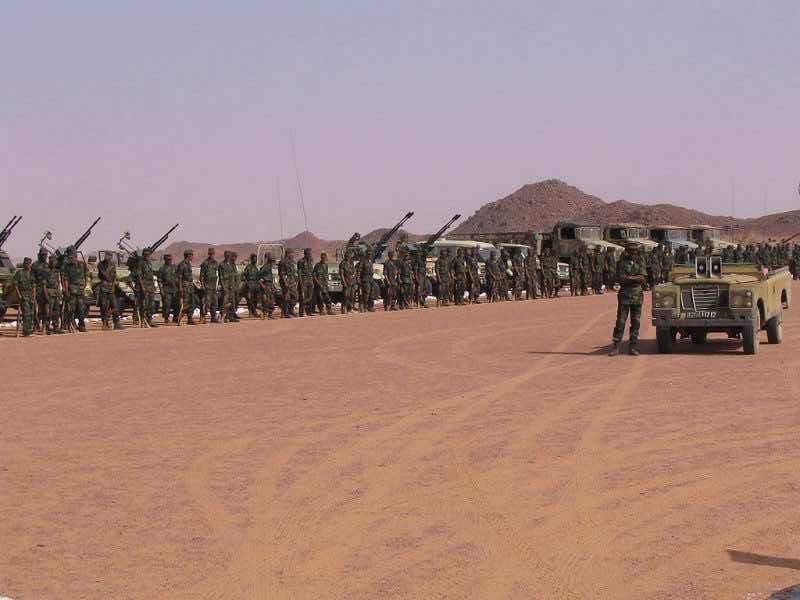