Morocco and India discussed their long-standing relationship in the 46th Session of the Academy of the Kingdom in Rabat on Thursday, December 12.

Rabat – Last week, Rabat held the 46th forum of the Academy of the Kingdom concerning “Asia as a Horizon for Thought.” On Thursday, December 12, representatives from India and Morocco discussed the two countries’ experiences in modernization and development.

The Academy of the Kingdom is an education department based in Rabat that encourages research and exploration in intellectual sectors including contract science, philosophy, ethics and law, history, literature, fine arts, mathematics, experimental and non-experimental sciences, education, medicine, diplomacy, warfare science, economics, administration, construction, and technology.

The Academy aims to broaden its knowledge in such fields by focusing on international ties and inviting different nationalities to share their practices.

Chaired by Mohammed Kenbib, Professor at the Mohammed V University, speakers in the third plenary session focused on India in the context of globalization.

During the symposium, the delegations discussed India’s pursuit of strategic autonomy amidst global political disorder and the new economic order. Speakers also addressed critical perspectives on globality from India, Morocco and India in a globalized context, as well as mutual perceptions.

Another key topic for discussion was India’s engagement with rising Africa and the India-Morocco partnership as a contributing factor.

Speakers emphasized the importance of collaboration between India and African countries, particularly Morocco as it provides a gateway into Africa and Europe. India also stressed the importance of maintaining its well-established relationship with Morocco by reflecting on past economic, financial, and diplomatic achievements.

In strengthening their cooperative ties, speakers looked over several partnership agreements on industrial advances such as fiber optics, automotive sectors, infrastructure, education, and commercial initiatives to encourage investment and production.

Speakers also reviewed the political changes that India underwent after its independence in 1947. In the midst of regional and international tensions, India made strides toward a democratic system; developed military defense; and created relationships between world powers.

Through the integration of linguistic and cultural policies, speakers emphasized India’s role in managing pluralism and cultural diversity in a global context to preserve India’s cultural and social pillars.

Speakers also discussed Morocco’s agricultural, industrial, energy, financial, and banking sectors in potential investment agreements between the two countries. According to Indian speakers, Morocco has demonstrated a “rational approach for trade and financial cooperation, in a way that meets the aspirations of Moroccan society and the ambitions of its youth, and which strengthens its position at the international level.”

Morocco and India’s political relationship dates back 50 years after India played an active role in the United Nations in support of Morocco’s independence in 1957. The two countries share many opinions on foreign policy.

The Minister of External Affairs in India stated after the signing of the Non-Aligned Movement, “India and Morocco have enjoyed cordial and friendly relations and over the years bilateral relations have witnessed significant depth and growth.” 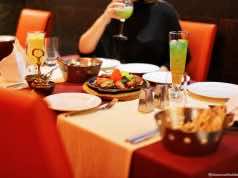 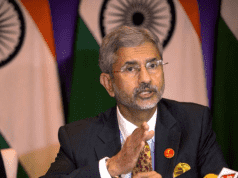