A survey shows that a majority of researchers in the Arab region would like to emigrate elsewhere due to obstacles blocking their ability to research. Rabat – Researchers in the Arab region are convinced that the only solution to the many obstacles they face is to leave.

In an online survey conducted by Al- Fanar Media, 91% of the 650 researchers who participated admitted that they would like to work elsewhere.

Nearly all of the respondents said that they would leave their home country for a research post abroad.

The participants said that the lack of funding is the primary reason for the yearning to emigrate. According to the survey, 84% of researchers said that they have to use their own funding for their research.

Moreover, access to research is limited as almost half of the researchers said they do not have an internet connection at home labs, conferences and opportunities to collaborate internationally are limited, and they do not have free access to academic journals.

Not only is funding an issue, but gaining permission for research from institutions or the government is nearly impossible to achieve in a timely manner. Social researchers also revealed that it could take months or years to get research approved by the government.

Mefi Alrasheedi, an assistant professor of business administration at King Faisal University in Saudi Arabia said in the survey: “Administrative work drains the academic’s time and takes them away from their research work, especially work of a complex nature, amid a lack of sufficiently qualified human resources.”

Even when researchers do get approval from institutions or the government, their exploration is overseen. Forty-three% of the surveyed researchers noted that corruption, lack of administrative support, and bureaucracy control their creative thinking and diminishes their academic freedom.

In trying to win a promotion to improve salaries, some participants complained that more and more researchers in the Arab region try to increase the number of studies published rather than focusing on the quality of their research.

Adding to that issue, 55% of participants responded that women face a particularly challenging course in becoming as successful as male researchers in Arab countries.

Rana Dajani, a molecular biologist, said in the survey: “Many are stuck inside a loop of wanting to be promoted and getting a better salary, and that’s it. The objective becomes promotion, not doing science, so they do the bare minimum to get promoted.”

The idea of researchers emigrating does not sit well among Arab countries that want to build “knowledge economies” or instill a competitive atmosphere between universities, says Abdelhamid Nechad, an economist at the Higher School of Commerce and Business in Casablanca in response to the survey.

The survey concluded that any researcher with a good idea and devotion to science itself will emigrate West instead.

Morocco is no exception

According to a report conducted by the Moroccan National Council in 2018, “underpayment and difficult working conditions are the factors making more and more Moroccan doctors consider emigration.”

In the same study, an anonymous Moroccan doctor complained about the feeling that his profession is not respected in Morocco by stating, “For those who do not have the means to open a private office or find a job in the private sector, going to France or Germany remains the only way to ensure a guaranteed future.”

In seeking professional respect, most Moroccan professionals emigrate to France, says the Arab Weekly. The report adds that every year, thousands of doctors and engineers emigrate in the hopes of finding a place that provides better living conditions, social status, and the academic rights that are lacking in Morocco.

In a report recently released by Mercer, the world’s largest human resources consulting firm, the main cause of stress for Moroccan employees is the lack of financial and social security. Around 84% of employees said that a retirement plan is necessary, and 66% would like to change their job for a better salary.

Income is the main reason for deciding to stay in the same city or look for opportunities elsewhere for 43% of employees.

Additionally, Said Amzazi, Morocco’s Minister of Education, said that educated people also leave because of technological transformations and the appeal of international laboratories. He acknowledged that Morocco does not provide incentives to attract educated Moroccans across the world.

In response to the latest survey, Nechad said that the Kingdom itself “should raise the salaries of researchers and offer them more career opportunities.” 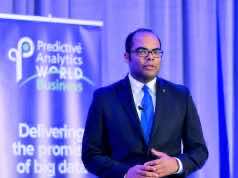