Vocational training is one of the pillars of Morocco’s new development model, aiming to curb unemployment and social disparities. Minister of Education Said Amzazi announced the numbers during a seminar in Marrakech on Tuesday, December 24.

The seminar focused on “the perspectives of development in the private vocational training sector.”

The private sector “undeniably contributes” to the training and production of a skilled workforce, well-adapted to the job market, according to the minister.

Law 13-00, implemented in May 2000, regulates vocational training in the private sector.

Vocational training has been one of the main focuses of the Moroccan government’s strategy to improve Moroccans’ socio-economic conditions. In his 2019 Revolution Day speech, on August 20, King Mohammed VI recommended vocational training as a way to reduce the unemployment rate and social disparities.

“Promoting vocational training is now an urgent necessity, not just to create employment opportunities, but also to enable Morocco to meet the challenge of economic competitiveness and keep abreast of global developments,” said the monarch.

In December 2018, the secretary of state for higher education, Khalid Samadi, said that people who gain qualifications from vocational training schools are more likely to find jobs.

A research report by the Ministry of Education and Vocational Training found that 63% of students with vocational qualifications find jobs within nine months of graduation, Samadi added.

Unemployment rate in Morocco in the second quarter of 2019 was 8.5%, according to Morocco’s High Commission for Planning (HCP).

The unemployment rate in urban areas is significantly higher, 12.4%, than it is in rural areas, where the rate is 3.3%. 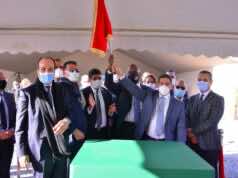 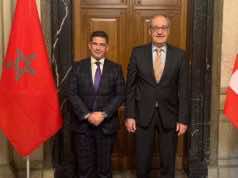 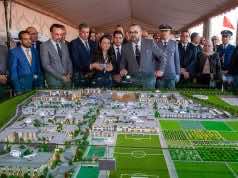