The plan aims to improve the supply of drinking water in Morocco.

Rabat – Morocco’s Head of Government Saad Eddine El Othmani chaired a meeting of the ministerial committee on Wednesday, December 25, in Rabat, to improve the 2020-2050 National Water Plan, before submitting it to the National Water Council.

The government will allocate MAD 383 billion to implement the 30-year-plan, reported MAP.

“The plan is a roadmap to address water challenges for the next 30 years and is an extension of the priority water program approved by King Mohammed VI,” said El Othmani during the meeting.

The head of government emphasized the need to set a timetable for its implementation after its adoption, according to a statement from the Department of the Head of Government. 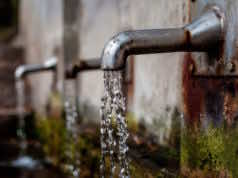