More than 400,000 Moroccans will receive the increase. Rabat – Retirement pensions from the National Social Security Fund (CNSS) in Morocco will increase by 5%, starting January 1, 2020, announced a spokesperson of the fund after a board meeting on Tuesday, December 24, in Casablanca.

According to recent statistics from Morocco’s High Commission for Planning (HCP), more than 400,000 retired Moroccans receive pensions from CNSS and will benefit from the increase.

The measure was adopted by the fund’s administration council, chaired by Minister of Labor and Professional Integration Mohamed Amkraz.

During the meeting, the council also exempted employers from paying the full amount of late-payment penalties, as long as they settle the outstanding amounts before the end of 2020. The reductions on penalties will vary from 90 to 30%, depending on the number of months accumulated.

The increase aims to improve the economic situation of retired Moroccans, especially as living expenses are rising. However, it is not yet known how the increase will impact the pension fund’s solvency.

In 2018, a report from Morocco’s Economic, Social, and Environmental Council (CECE) found that CNSS has been operating on a “technical” deficit since 2018 and a total deficit in 2027. The council also predicted that CNSS reserves will run out by 2044 and called for a reform to ensure long-term financial balance.

In an effort to shore up pension funds, the Moroccan government has privatized several public establishments.

In November, Morocco’s Minister of Economy and Finance Mohamed Benchaaboun announced that the Moroccan Pension Fund (CMR) will buy five university hospital centers. The move is expected to generate money for the fund in the long term. 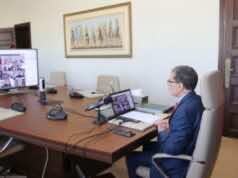 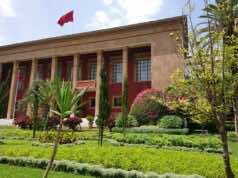