The court also sentenced a hotel employee who facilitated Nejmi’s check-in under a false identity to two months in prison.

Rabat – The court of the first instance of Agadir handed a two month suspended prison sentence and a fine of MAD 2,000 to Hicham Nejmi, former secretary of the health ministry, on Monday, January 8 for his involvement in the suicide attempt of a woman in a hotel in Agadir.

Nejmi was subsequently relieved of his governmental duties.

The Court also condemned, in absentia, the woman who had attempted suicide to a one month suspended prison sentence and a fine of MAD 500 for public intoxication.

The hotel employee who took charge of booking Hicham Nejmi under a false identity received two months in prison and a fine of MAD 500.

The ruling on Nejmi’s case was based on article 431 of Morocco’s penal code. The article stipulates that whoever failed to assist a person in danger, either by not providing help or call for help is punishable by imprisonment from 3 months to 5 years and a fine from MAD 120 to 1,000, or one of the two punishments.

Facts of the case

The facts date back to August 2019 when a 35-year-old woman attempted to commit suicide by throwing herself from a room on the second floor of a hotel in Agadir.

The woman’s fall was fortunately absorbed by an oilcloth canopy.

Interrogated by the police, the woman said that she was with another woman in a neighboring room to that of Nejmi, he had booked both rooms. She added that Nejmi was present at the moment of the accident.

She also told the police that the three of them had spent the night in a night club.

Meanwhile, Nejmi told investigators that he was in a room next to that of the victim and that he had tried to help her after she jumped out of the window. 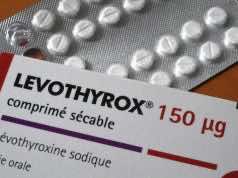