The menu showcases Moroccan dishes, from couscous to tajines.

Chef Benameur and Gosling agreed to open the restaurant in 2004.

“It became one of the best destinations in the city,” Benameur said.

Benameur, who is also the executive chief of the restaurant, has posted a series of snaps on social media, showing celebrities tucking into Morocco’s finest dishes, including Hollywood superstar Richard Gere.

Other stars who have tried the Beverly Hills number one spot for Moroccan food are Salma Hayek and Keanu Reeves. Benameur said that many of the celebrities have become regular diners.

Moroccan producer RedOne is also one of the restaurant’s fans.

In a previous interview, Benameur said that the world has become small. “All celebrities , kings and emirs come here.”

The restaurant’s menu offers a range of culinary delights, with Moroccan tagines and bastila at the heart of the list.

The restaurant offers its customers the opportunity to try a chicken bastilla. Vegetarian bastilla is also on the menu.

Bastila is one of Morocco’s traditional dishes. It is served both sweet or savoury. The most common bastila in Morocco is made with chicken, although many Moroccans prefer to make it with seafood.

Bastila, also known as pastilla, is made with werqa, or leaves of thin dough stuffed with savoury chicken and sweet almonds. Seafood lovers stuff the werqa pastry with vermicelli noodles, white fish, mushrooms, and cheese with calamari and shrimp.

Tagine or tajine also features the restaurant’s impressive menu. The Moroccan dish is served in an earthenware pot. Vegetables and meat or chicken is cook slowly inside the tagine.

Tagine is also common in other Maghreb countries, including Tunisia and Libya. 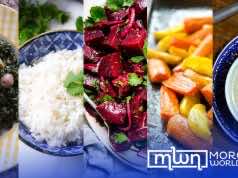 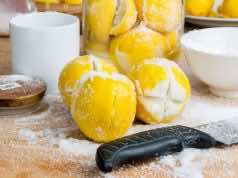 How to Make Preserved Lemons Moroccan-style

Marrakech’s “Le Salama” Restaurant Under Fire for Turning Away Moroccans