Rabat – The Yerma Gnaoua Association, the Assalam Al Masrahi association of Marrakech, and a number of civil society actors from the ochre city, threw an official celebration on Wednesday, 9 January, to mark the inscription of the Gnaoua art on the list of UNESCO’s Intangible heritage.

The festivities in Marrakech come a month after UNESCO added Morocco’s traditional Gnaoua art to the list of the Intangible Cultural Heritage on December 12, 2019.

The president of the Yerma Gnaoua Association, Abdeslam Alikane said that the inscription recognizes the efforts of several actors who have strived for the inclusion of Gnaoua art on UNESCO’s list and paved the way for the art to be internationally recognized.

He added that the recognition from UNESCO will encourage the establishment of a Museum dedicated to Gnaoua art and its integration into the programs of music conservatories and specialized institutes. Alikane hopes that the inscription will also encourage the youth to innovate in this art, preserve it, and develop it.

Gnaoua music has its own annual festival taking place in Essaouira every summer. 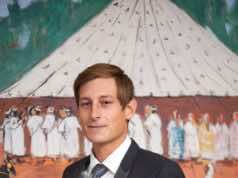