The North African country dropped five sports from the 2017 ranking.

Rabat – Morocco ranked 12th out of 30 at the 2019 Global Retail Development Index conducted by US global management consulting company Kearney.

Morocco earned its position with a score of 50.2, according to the index chart.

The index notes that Morocco has invested around $47 billion in national retail sales, placing the kingdom 3rd in Africa.

Despite the positive ranking, the index also shows that Morocco has dropped by 5 spots from the 2017 Index.

China tops the list with 3,869 billion of national retail sales, with a score of 70.

India appeared second on this list with a score of 69.2, followed by Malaysia with 61.9 points.

Ahead of Morocco, Ghana is the fourth in the list with a score of 59.2, while Senegal, second in Africa, claimed the sixth place globally with a 55.6 score.

While Algeria is not on the list,  Tunisia ranked 25th, and Egypt 26th.

Tanzania and Nigeria are at the very bottom of the index, ranking 28th 30th, respectively.

Kearney analyzed the ranking stating that this year’s index “found that national, regional, and local realities—from Internet connectivity to the availability and cost of labor—continue to shape retail development around the world (see figure).”

The ranking concluded that economic development and trade policy are “still the largest factors in shaping global retail growth in consumer markets.”

Retail sales, according to Invest.Gov.ma, contributes to 11% of Morocco’s gross domestic product or GDP. It is also a pillar for national employment as it offers employment to 12.8% of the labor force.

“Retail has experienced over the past decade, the emergence of new patterns of trade especially franchise networks and retail,” according to the government investment website.

With its political stability, Morocco is considered one of the promising leaders in business, attracting thousands of investors from the international sphere.

In 2019, Morocco moved up seven places in the World Bank’s Doing Business 2020 Report. Morocco ranked 53rd out of 19 nations. 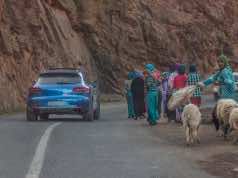 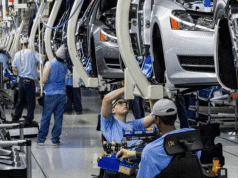 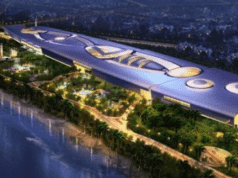