The student, convicted of insulting the Royal institution, will return to court on Monday, January 20.

Rabat – The Court of Appeal in Meknes granted provisional release to student Ayoub Mahfoud on Thursday, January 16. The student faced three years in prison and a fine of MAD 5,000 ($521.55) for posting the lyrics of a controversial rap song on Facebook.

Despite the provisional release, the 18-year-old now faces an appeal trial and will return to the Court of Appeal on Monday, January 20, according to a statement from Mahfoud’s father to the National Support Committee for Omar Radi.

The Court of First Instance of Meknes initially prosecuted Ayoub on December for defamation and public insult, under articles 444 and 142 of the Moroccan Penal Code, as well as article 179.

Mahfoud did not only face prosecution for publishing the lyrics of ‘3acha cha3b” (long live the people) but for his comments on the post, according to Arab speaking newspaper Al Ahdath Al Maghribia. The statement’s content offended the Royal institution.

The case caught the interest of the public opinion who widely shared posts on social media condemning the sentence. Internet users have also launched a hashtag, #FreeAyoub, in solidarity with his case.

In another case, the Court of Appeal in Laayoune, southern Morocco, has commuted the sentence of a young student, Hamza Saber, from four years to eight months.

Saber was sentenced after being found guilty for insulting constitutional institutions in one of his rap songs.

Saber published a rap song, titled Fhemna (we have understood) on October 20, discussing the social and economic situation in Morocco while criticizing the state. 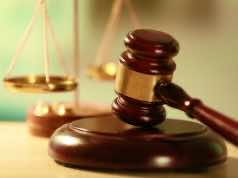