American football is not as visible as other sports in the country. It is, however, on the rise, with a few teams and players who are determined to do anything to achieve their goals.

Rabat – “It is a real challenge. But determination and hard work always pay off.” Morocco’s “Jaguars” make up one of the few teams in the North African country. They have great ambition but minimal resources.

American football emerged in Morocco in 2012. The sport, however, does not yet hold a place in Moroccan society as strong as soccer and basketball. The Jaguars hope to change that.

With a population of more than 34 million people, Morocco has only eight men’s teams and around five women’s squads who practice the sport.

Morocco World News selected one of the female squads to spotlight the sport and the challenges that the small community of American football in the country face.

MWN sat down with the founder of the Jaguar squad, Fouzia Madhouni, who shared her team’s ambition and talked about the hurdles the women’s team faces.

Besides her role as the founder of the Jaguar association, Madhouni is also a key player in her team. Her role is not only to play the sport but also to empower passionate women like her.

For Madhouni, American football is not just a sport but the path to achieving her dreams.

The player is a 24-year old student who studies English at a Moroccan university; however, her ultimate goal is to pursue her studies in the field of sports management in order to enrich her sporting encyclopedia.

However, there are many challenges standing in Madhouni’s way, not the least financial ones. She currently works night shifts in a call center in order to fund her day job: Studying at the American University of Leadership in Rabat.

Madhouni told MWN she will do anything to reach her goal as American football represents “discipline” for her.

“It is a sport that taught me how to lead. It’s everything for me,” she said with sparkling eyes.

Talking about the history of the Jaguar team, Madhouni paid tribute to her fiance Tarek, who now plays for the Jaguar men’s team.

It was with Tarek’s support that she launched the Jaguar women’s team in 2016, with the squad training for the first time on October 15.

The four-year-old team, now made up of nearly 30 women across all ages, played their first match in February 2017.

The team’s first national match did not go according to plan, but the Jaguar women ended up making sporting history nonetheless.

Having arrived at the pitch where they were due to face off against the Lioness team, the Jaguar women were taken by surprise. Their adversaries had not shown up for the match.

Madhouni did not give up as her squad had prepared for the match in advance and spent days at a preparation camp. And the Lions, a men’s team, were already on the pitch to cheer on their female counterparts.

The Jaguar women challenged the Lions to enter the field and play against them instead.

And so the first national match in Morocco’s American Football history was between the Jaguar women’s squad and the all-male Lions team.

“As women players, it seems hard to get respect in a male-dominated society, but we won’t stop until we gain this respect,” El Madhouni said.

The player described the challenges she and her teammates face, particularly in terms of sexism, from both men and women who criticize the squad for playing a “men’s game.”

“We still receive such comments. I recently experienced such an act. And to be honest, I get hatred messages from women more than men,” she said.

Madhouni urged other players and anyone affected by sexism and harassment to not let such behavior hold them back. “Most importantly, never let anyone discourage you from doing what you love.”

Winning matches is not the only goal for the Jaguars, who also seek to empower women through sports.

The ultimate goal for the female players is to make the sport universal across the country, especially in schools.

“We really want to encourage women to study and play sports.”

Madhouni said her team has already made achievements in women’s empowerment, changing the futures of several girls.

“Our greatest achievement is that we showed the world that American football is for everyone, and as a team, we are trying to create more leaders. We will not stop,” Madhouni maintained.

For the Jaguars, a woman’s place is everywhere across the world—not only the kitchen.

The founder of the team invited women of all ages to go explore and meet the girls in the squad and experience the game.

Other than sexism and sexual harassment on the field, the Jaguar football team is also experiencing issues with resources.

The team has had to cancel several matches due to a lack of sponsors.

“We started from scratch. In our first phase, we couldn’t even afford to get professional balls for the match. We couldn’t afford anything.” Madhouni said, describing the team’s beginning.

The player reminisced about one of her friends from the UK who helped the team.

“She came to Morocco and brought us several balls. Since then we decided to start our first official training sessions,” she said, emphasizing that the team still suffers from a lack of resources.

The team still borrows helmets and shoulder pads from other squads to play.

The Jaguars, however, are determined to grow the team and its profile, even with minimal resources.

Madhouni says that a brilliant future awaits for them as this year is a busy season, with several important events already in the works.

Morocco’s Jaguar team will play against the Netherlands on March 9.

The squad will also have opportunities to discuss their future and show the world their talent through meetings with retired professional players, such as former NFL player Desmond Cooper.

The Jaguars are set to host Cooper on March 7. American football player Star Wright will also arrive in February to meet the Jaguar women’s team.

Madhouni shared with MWN one of the biggest future projects for the Jaguars, stating that she will be launching the International School of American Football (ISAF) with several collaborators.

“I cannot reveal any names now until it is official,” she said.

The organization seeks to empower youth and provide them with training and a teaching program.

“We will teach young people and women languages, leadership skills, and critical thinking through American football,” she said.

The project will be the first of its kind in Africa. 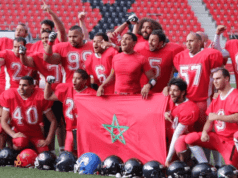 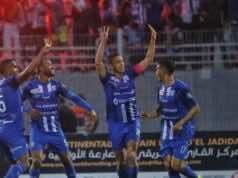 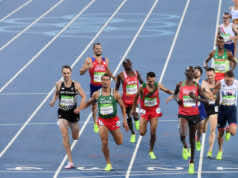 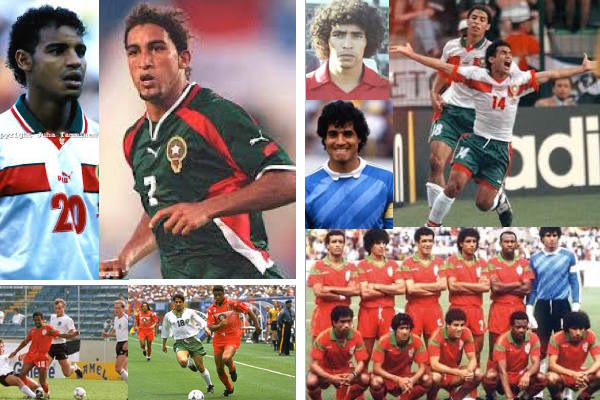 The Greatest Moroccan Soccer Matches of All Times