Morocco and the UK are determined to maintain their collaboration after the UK leaves the EU on January 31.

Rabat – Head of Government Saad Eddine El Othmani spoke about Morocco’s determination to maintain cooperation with the UK alive even after Brexit.

A high-level delegation from Morocco, led by El Othmani, is participating in the UK-Africa Investment Summit 2020 today, Monday, January 20 in London.

“Morocco will work to strengthen ties between Africa and the United Kingdom after Brexit,” said El Othmani in a press statement, following talks with British Prime Minister Boris Johnson.

Speaking about Africa, El Othmani said that the continent is a promising region “full of significant wealth that will play a more influential role in the coming decades.”

The Moroccan PM commented on the importance of the summit, saying it will allow the continent to enjoy more visibility across the world.

Morocco and the UK have signed a deal to ensure that the two countries maintain their relationship when the UK leaves the EU at the end of January.

UK ambassador in Morocco Thomas Reilly told Morocco World News  the agreement “means that after Brexit, once the UK is effectively no longer an EU member, commercial ties will continue between our two countries.”

“This is very important for us because the UK imports a host of agriculture products from Morocco and we export many things, especially services, to this country,” he added.

Trade between Morocco and the UK reached £1.5 billion in 2018, making the North African country the 7th destination for British exports.

The UK also sees the North African country as a gateway to Africa.

“My government sees Morocco as a gateway to Africa. Morocco really knows a lot about Africa, and we know some parts of Africa. So this deal is really about bringing our strategic relations to the next level,” Reilly told MWN. 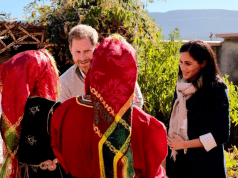 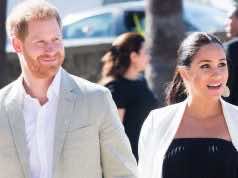