The visit of the high-ranking NATO official is part of preparations for the “REGEX20” NATO regional exercise in Morocco.

A statement from the FAR General Staff said that the meeting focused on “military cooperation between the Royal Armed Forces and the NATO Military Command.”

The two high-ranking officials expressed satisfaction with the strength of the “bilateral cooperation between” the two corps, reiterating their common interest to collaborate by sharing expertise in the field.

Cooperation between FAR and NATO includes meetings, exchanges of visits, and training sessions, the statement said, as reported by Maghreb Arab Press (MAP).

Wiermann’s visit is part of preparations for a NATO regional exercise, “REGEX20,” which will take place in Morocco in November 2020.

Around 30 representatives of NATO partner countries will take part in the regional exercise.

In 2017, Morocco and NATO also inked an agreement to strengthen cybersecurity, MAP noted. 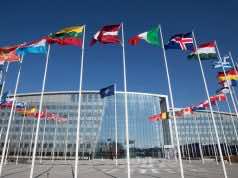