Morocco is betting on the automotive and aeronautics sector to drive up its economy and reduce unemployment. 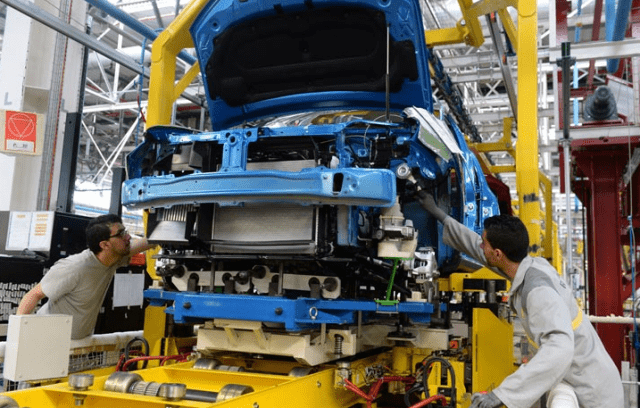 Rabat – Industry Minister Moulay Hafid Elalamy believes that Morocco’s automotive sector has the potential to be more competitive than China and India.

Speaking at the 11th Automobile Trophies ceremony, Elalamy said: “From now on, Morocco will be, and I weigh my words, among the most competitive automotive countries in the world,” said Elalamy. “We are today the leader in Africa. And it’s behind us. We have to challenge much more advanced countries.”

Autonews organized the event where the all-new made in Morocco Peugeot 208, manufactured in PSA’s Group factory in Kenitra, won car of the year 2020.

In addition to excelling in the automotive sector, Elalamy announced plans to embark on new challenges to begin the production of connected vehicles and develop automotive ecosystems accordingly.

“We are also anticipating the technologies of tomorrow. In the future, we will work more on connected vehicles and we will continue to build ecosystems in this direction,” declared the Minister.

Morocco’s automotive sector has successfully provided job opportunities to 116,000 people and is projected to generate an export turnover of MAD 100 billion by 2021.

Elalamy recalled that the automotive sector has been Morocco’s leading export sector since 2016, with an annual production capacity of 700,000 units.

The main manufacturers in the automotive industry are PSA Group and Renault.

Looking to the future, the minister said: “The sector has good prospects for the next 20 to 30 years.”

To corroborate his statements, the minister proudly told the audience that he attends the inauguration ceremony of a new factory each day.

“Every day, I mean every day, I attend the inauguration of a new factory,” he stated.

The most recent inauguration was South-Korean group Hands.

The annual capacity of the new facility is 2 million rims, with the goal of reaching 8 million by 2024. Currently employing 350 people, Hands will raise the workforce number to 1,600 as the activity evolves.

Attracting foreign automotive and aeronautics investors is part of Morocco’s Industrial Acceleration Plan (PAI) established in 2014. The PAI aims to generate 500,000 direct and indirect jobs to level up the economy.

Elalamy confirmed the figures, arguing that they are certified by the National Social Security Fund (CNSS).