Minimum temperature to reach - 5 degrees Celsius in some regions.

Rabat – Weather is set to remain cold across Morocco this weekend,  a statement from the country’s national metrology directorate has indicated on January 26.

Clouds will partly cover the sky with light showers over the far northwest, according to the forecast.

The statement also forecasts mist in the morning and at night in central Morocco and southern coasts.

Moderate to light wind will hit the north and the west of the country.

The directorate forecasts minimum temperatures of -5 to 2 Celsius degrees on the reliefs.

Temperatures ranging between – 1 and 3 degrees Celsius are also expected in the south of the eastern provinces.

The directorate  forecasts temperatures ranging between 4 and 11 degrees celsius in the Northeast , the Saiss, the North, and Center plains and the North of the South provinces

Regions on the extreme south will have temperatures of 12 and 18 degree Celsius.

Temperatures ranging between 13 and 19 degrees Celsius are expected on  the Mediterranean, the southeast and the North and Center Atlantic plains.

Temperatures of  16 and 21 degrees Celsius will cover the Souss and the North of the South provinces.

Maximum temperatures of 22 and 28 degrees Celsius are expected on the extreme South of the country. 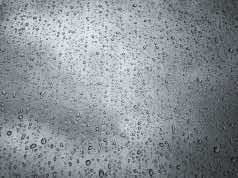